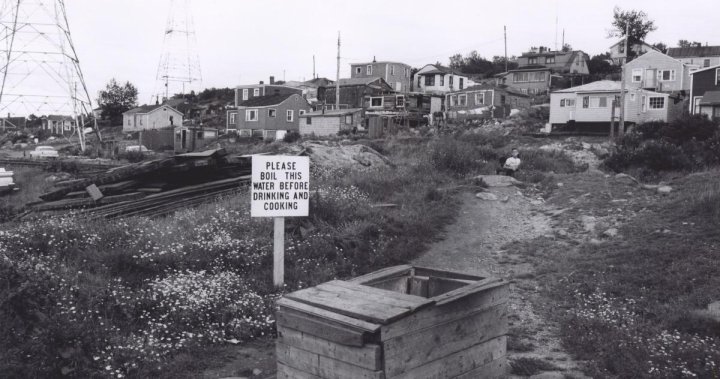 A new podcast is giving voice to people associated with the community of Africville.

Titled Africville Forever, the podcast is looking to unearth stories from the Black community, including its birth, how it once thrived, and its eventual destruction.

Hosting the podcast is Alfred Burgesson, CEO and founder of the Tribe Network in Halifax. He said in an interview Monday with Global News Morning that the story of Africville is important in understanding Black history in Halifax.

Joining Burgesson as host on the podcast is Edward Carvery III, the grandson to the Africville resident Eddie Carvery. Carvery is following in his grandfather’s footsteps as a vocal advocate for restitution for former Africville residents.

Africville was a Black community in the northern side of Halifax.

It was once a thriving, self-sustaining community with around 400 families at its peak population in 1917 — but for years, the city of Halifax refused to provide residents access to clean drinking water, garbage disposal or sewage services, even though Africville residents paid taxes.

In the 1960s, the city demolished homes in the community, forcing approximately 400 residents to relocate with little compensation for their homes and land.

‘We need to be compensated’: Africville descendants, allies march for justice

The first episode of the Africville Forever features Carvery III’s grandfather, who remains an Africville resident.

“I was pretty much born into the front lines of the Africville protests, since my birth, I’ve grown, lived, learned on the lands which where once Africville,” Carvery III said of his grandfather.

“So for me, it was great to have a conversation with him that rest of the world could hear, and I had the opportunity to ask him the questions that I think provide great insight of how it was at the time.”

Carvery III said he is really fighting for what his ancestors desired.

“What they wanted was proper recognition, a public inquiry, personal compensation for those that had to go through that incident and time of history, and also, they want the land back, we need that sense of belonging,” he said.

Carvery III added that he not only wants justice for the residents of Africville, but also wants to celebrate some of the success that has come out of Africville as well.

“We’re not trying to seclude Africville to a certain piece or time of history. This is a forever thing,” said Carvery III.

“Even if the community does come back, we’re not going to stop loving and wanting to celebrate our community. The highs, the lows, the ups, and downs, the trials, and the tribulations. We love it all and we’re proud of who we are as a people.”

New episodes of Africville Forever are released every Monday. You can stream the podcast on any podcast streaming platform.