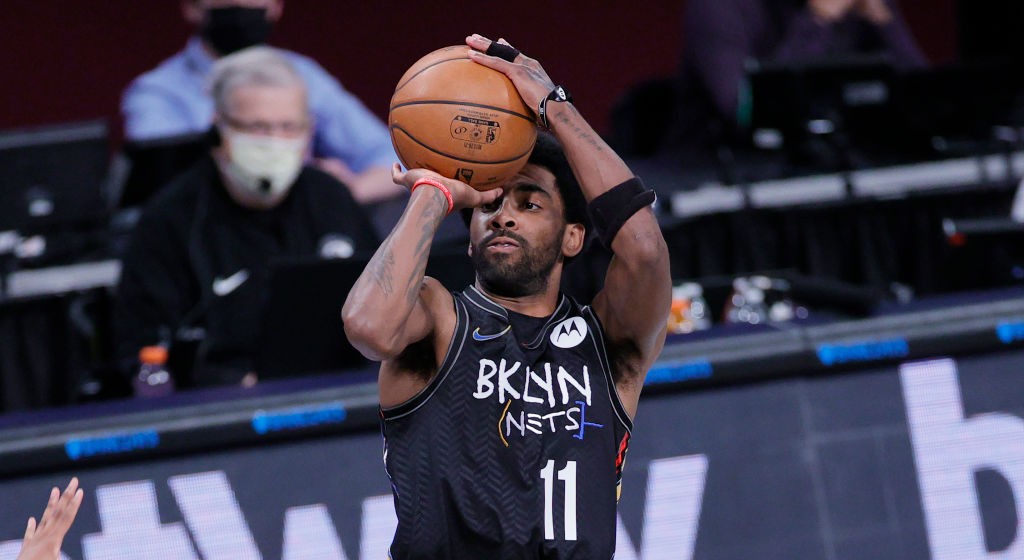 In late September, rumblings began to emerge that Brooklyn Nets star Kyrie Irving had not received the COVID-19 vaccine despite a local New York mandate that indicates players would miss games and other team activities if unvaccinated. Similarly, Andrew Wiggins faced a similar circumstance with the Golden State Warriors in San Francisco before ultimately choosing to receive the vaccine.

On Tuesday evening, however, ESPN’s Adrian Wojnarowski and Brian Windhorst reported that the Nets “remain unclear” on whether Irving intends to get vaccinated and, as such, no firm decisions have been made on how the team will proceed.

Within the report, Wojnarowski and Windhorst share that “hope is waning” for the Nets, and the team is now at least preparing for the potential of Irving to miss extended stretches of the season. Brooklyn head coach Steve Nash said this week that the team won’t be moving its practices to accommodate Irving, which could present a tenuous situation in the aggregate.

Perhaps the headliner of the entire ESPN story arrives with the reporting that the Nets could weigh the choice between having Irving come in and out of the team fold depending on location, or the potential to “just keep him sidelined all together.” Beyond that grim reality within the confines of this season, the report includes the nugget that the Nets “could ultimately have to make hard decisions on Irving’s future” if he chooses to abstain from the vaccine and ensure the inability to play in New York.

“I know that I’ll be there every day no matter what and just be present for my teammates as one of the leaders on the team and be there for my growing tribe off the court,” Irving shared at Brooklyn’s Media Day last week. “I know the focus has to be at an all-time high, no distractions. This is the last thing I wanted to create, was more distractions and more hoopla and more drama around this. I’m doing my best to maintain this with good intentions and a good heart.”

Under the current protocols, Irving would lose approximately $380,000 in salary for each game missed, running up a tab of more than $15 million in lost revenue if things continued throughout the 2020-21 season. Beyond that financial impact, the Nets would miss him tremendously on the floor, even with the presence of Kevin Durant, James Harden, and one of the league’s deepest rosters to soften the blow.

Overall, the Nets face a very difficult situation should Irving continue to remain unvaccinated. Brooklyn is the betting favorite to win the 2022 NBA title but, with Irving either out of the picture or not present for half of the team’s games (and myriad practices), the team’s short-term outlook becomes blurrier.