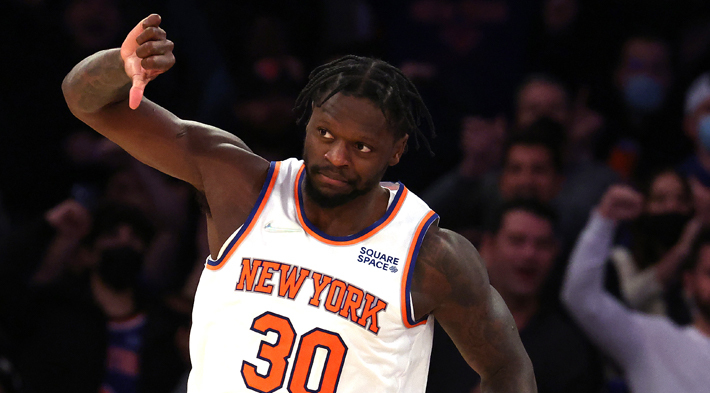 As it turns out, the NBA does not particularly like when players say they did a gesture to fans as a way to tell them to “shut the f*ck up.” The league announced on Saturday that New York Knicks forward Julius Randle was fined $25,000 in response to comments he made after the team rallied from 25 points down to beat the Boston Celtics earlier this week.

“New York Knicks forward Julius Randle has been fined $25,000 for the egregious use of profane language during media interviews, it was announced today by Byron Spruell, President, League Operations,” the NBA said in a statement. “Randle made his comments to the media on two separate occasions — after a Jan. 5 practice and postgame following the Knicks’ 108-105 victory over the Boston Celtics on Jan. 6 at Madison Square Garden.”

During the fourth quarter of the game against the Celtics, Randle made a basket and responded to cheers by giving the fans at Madison Square Garden a thumbs down, which he said after the game was his way of telling them off. One day prior and Randle was asked about fans having a negative reaction to his play this season, which led to him telling the media

In the aftermath of Randle’s comments, which drew criticism from the Inside the NBA crew, the 2020-21 NBA All-Star released a statement on his Instagram account.