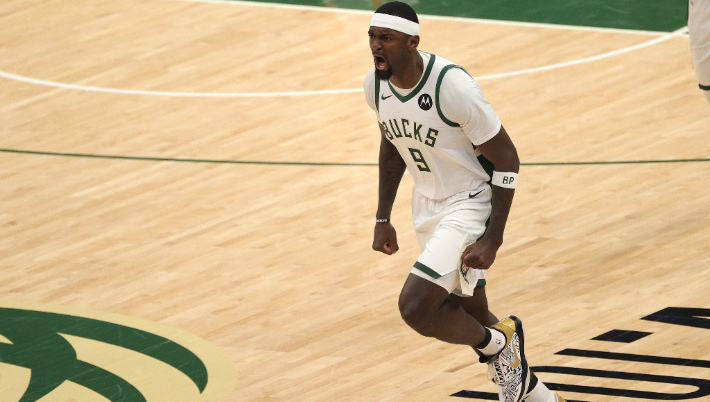 Bobby Portis will hit free agency following one year with the Milwaukee Bucks. According to Adrian Wojnarowski of ESPN, Portis’ agent informed him that the big man decided to will not pick up the player option on his contract for the 2021-22 campaign, meaning that he’s slated to become an unrestricted free agent.

After bouncing around in the years leading up to joining Milwaukee, Portis carved out quite the niche as an energetic big man off the bench who brought floor spacing and toughness. He averaged 11.4 points and 7.1 rebounds in 20.8 minutes per game, with only seven starts in his 66 regular season appearances. Portis also connected on a career-best 47.1 percent of his attempts from deep and put up the best efficiency numbers of his NBA tenure.

While Portis briefly fell out of the Bucks’ rotation in the playoffs against the Brooklyn Nets, he became invaluable as a bench big man against the Atlanta Hawks and Phoenix Suns. Most notably, Portis came up huge in Game 6 of the NBA Finals, scoring 16 points in 23 minutes of work off the bench and giving Milwaukee a boost en route to winning a championship. There’s no word on whether the Bucks and Portis believe they can work out a deal to keep him around or if he plans on seeking greener pastures.