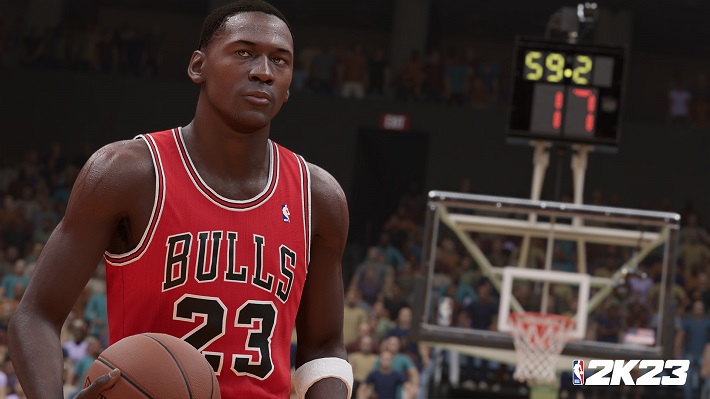 NBA 2K23 is right around the corner! As hard as it is to believe, the next iteration of everybody’s favorite basketball game is less than a month away and that means it’s time for the hype machine to get rolling. The majority of the game is finished, besides maybe some final polishing for a day one patch, and devs can eagerly anticipate its September release date.

With the game so close, we can also start looking at trailers about many of the game’s upcoming modes. On Thursday, 2K dropped a trailer for the return of the Jordan Challenge. Longtime fans of the series will remember when this mode was a staple of NBA 2K11, and with Jordan appearing on one of the covers for 2K23 it only makes sense to bring it back. The trailer teasing the new mode is really sick though with legends of the game like Patrick Ewing, Dennis Rodman, and Bill Walton all heaping praise upon how incredible Jordan was at his peak.

The trailer itself shows us that we’re seeing the return of some of the challenges from 2K11 like the shrug game, flu game, and Jordan’s final title which is now fittingly called The Last Dance. There are some new moments teased throughout the trailer though such as a young Jordan’s appearance in the Olympics, and even a moment from his North Carolina days. With 15 challenges, this mode has the opportunity to showcase the entirety of Jordan’s career from start to finish.

What’s going to make this mode really stand out though is what the 2K series has always done best, its presentation. A press release sent to UPROXX gave us some details about how they’re planning to make every moment of Jordan’s career feel unique.

While everything here is really cool, the best is going to be having actual interviews with people who were there to see Jordan in person. The best part of The Last Dance a couple of years ago was watching people who went up against, watched, or spent time with Jordan reminisce about it and these interviews are another chance for that.