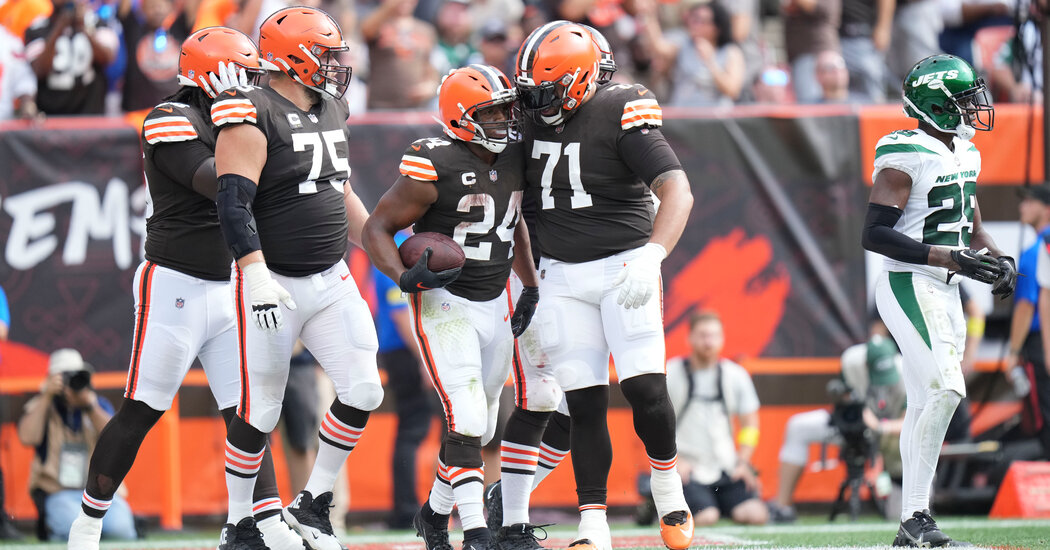 The look-ahead line for this game was 10, so the market clearly thinks the Jaguars are doing something right. Jacksonville has attracted a whopping 93 percent of the money in a matchup where the total number of bets is split fairly evenly. Perhaps that has something to do with the rib cartilage fracture Justin Herbert sustained in last week’s narrow loss at Kansas City.

Herbert is expected to start for the Chargers on Sunday, however. So the big question is whether all that early support for the Jaguars came in at the larger numbers and dried up as the line moved. So far it’s holding. This one, like everything, really, is a coin flip. Pick: Jaguars +7

The Rams needed to take an intentional safety to lock up a scary-close win over the Falcons last week despite being 10.5-point favorites. The Cardinals won a thriller against the Raiders in overtime after Kyler Murray took over the game. Arizona is trending up and attracting heavy money. Pick: Cardinals +3.5

The Buccaneers were already dealing with injuries to their receivers, with Julio Jones (knee) and Chris Godwin (hamstring) both out in Week 2. Both are questionable for this game, in which another receiver, Mike Evans, will be out serving a suspension for fighting in last week’s win over the Saints.

Aaron Rodgers has also been auditioning receivers, with eight different Packers having recorded catches in Week 2. The line has been all over the place, painted anywhere from 1 to 2.5. Pick: Buccaneers -1

Quarterback Jameis Winston has four fractured vertebrae, but the Saints plan to play him anyway, saying they aren’t as concerned with further injury as managing his pain. But Winston looked to suffer plenty, throwing interceptions on three straight possessions in the fourth quarter last week against the Buccaneers, including a pick-6 on the final one. The backup Andy Dalton and the do-everything Taysom Hill may see reps if things go awry again. Saints running back Alvin Kamara is also questionable to play because of a rib injury, which means this is as good a shot as any for the home-underdog Panthers to get their first win. Pick: Panthers +3