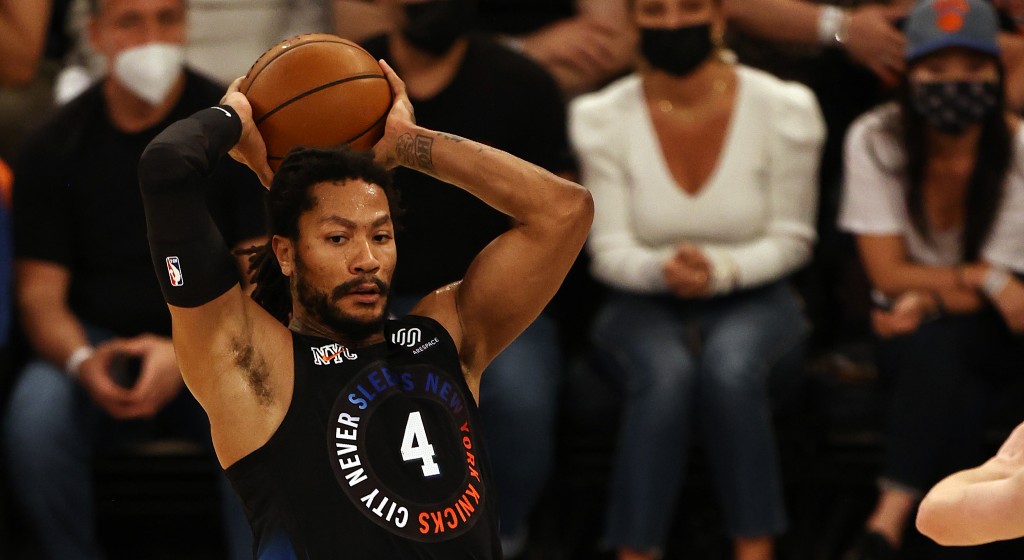 The NBA free agent market doesn’t feature a ton of gigantic, franchise-naming names, but there are a handful of reliable players who can slide into a starting lineup or bench role and be very productive. One such guy who fits that bill is Derrick Rose, who is looking to parlay a solid season with the New York Knicks into a longer contract as an unrestricted free agent.

For a team that needs a point guard and prefers to have someone who can bring a scoring punch, Rose is a tailor-made fit. And apparently, one such team is his hometown squad, as Jake Fischer of Bleacher Report reports that both Rose and the Chicago Bulls are interested in a reunion. While Chicago reportedly also is interested in Lonzo Ball as a restricted free agent, per Fischer’s reporting, they have an eye on their former MVP.

“There are strong indications from league sources that mutual interest exists between Derrick Rose and his storied hometown franchise, where he claimed league MVP honors in 2010-11,” Fischer wrote. “It’s unclear how Knicks head coach Tom Thibodeau can stand in the way of the Bulls’ potential advances, and Chicago will need to shed contracts to bring on two ball-handlers at such expected salaries.”

Rose was selected No. 1 overall in the 2008 Draft by the Bulls and was among the league’s most exciting players during his first few years, giving Chicago the kind of must-see superstar they hadn’t had up to that point in the post-Michael Jordan era. Rose won the 2011 league MVP award and made a trio of All-Star Games, but saw his productivity tail off due to a string of knee injuries and was eventually traded in 2016.