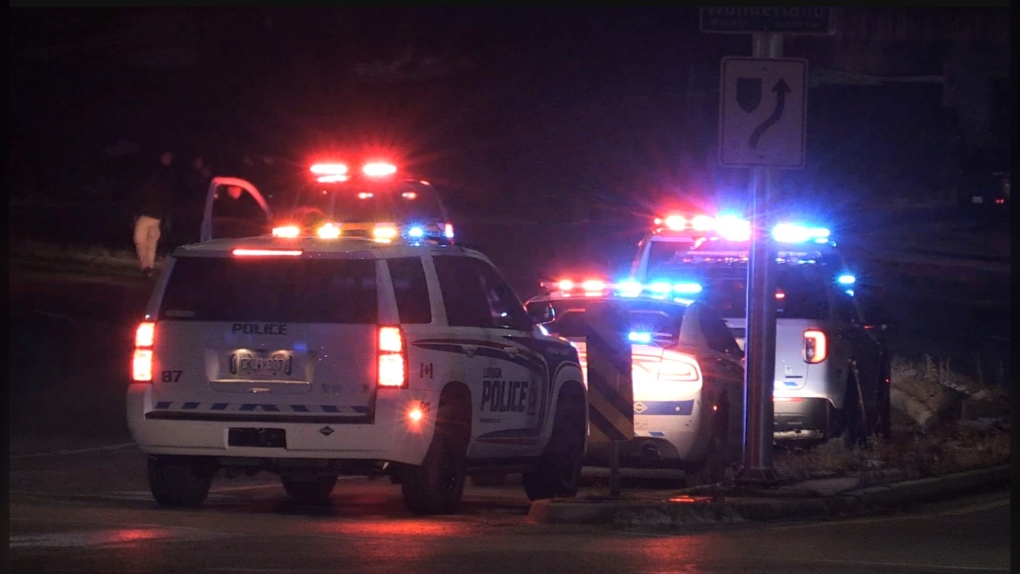 Multiple pedestrians have been struck by a vehicle and taken to hospital in west London, Ont, according to police.

Constable Sandasha Bough tells CTV News London there is no information available at this time on the ages of the people involved but injuries range from minor to life threatening.

“I didn’t see the pedestrian[s], I was focused on the car in front of me because this crazy driver was very fast and really close to us,” Carlos Talero who witnessed the crash, tells CTV News London. “[The driver] was very fast on Riverside… and [the driver] just didn’t stop at the red light. This [driver] didn’t stop at all.”

Advertisement
Bough also says multiple vehicles are involved and the pedestrians were struck on a path along Riverside Drive near the entrance to an apartment building.

The crash, that happened around 6:45 p.m., was not a police chase and is not considered a hit-and-run crash, according to Brough.

While it is still early on in the investigation, police say there is nothing to indicate that this was an intentional act.

This is a developing story.