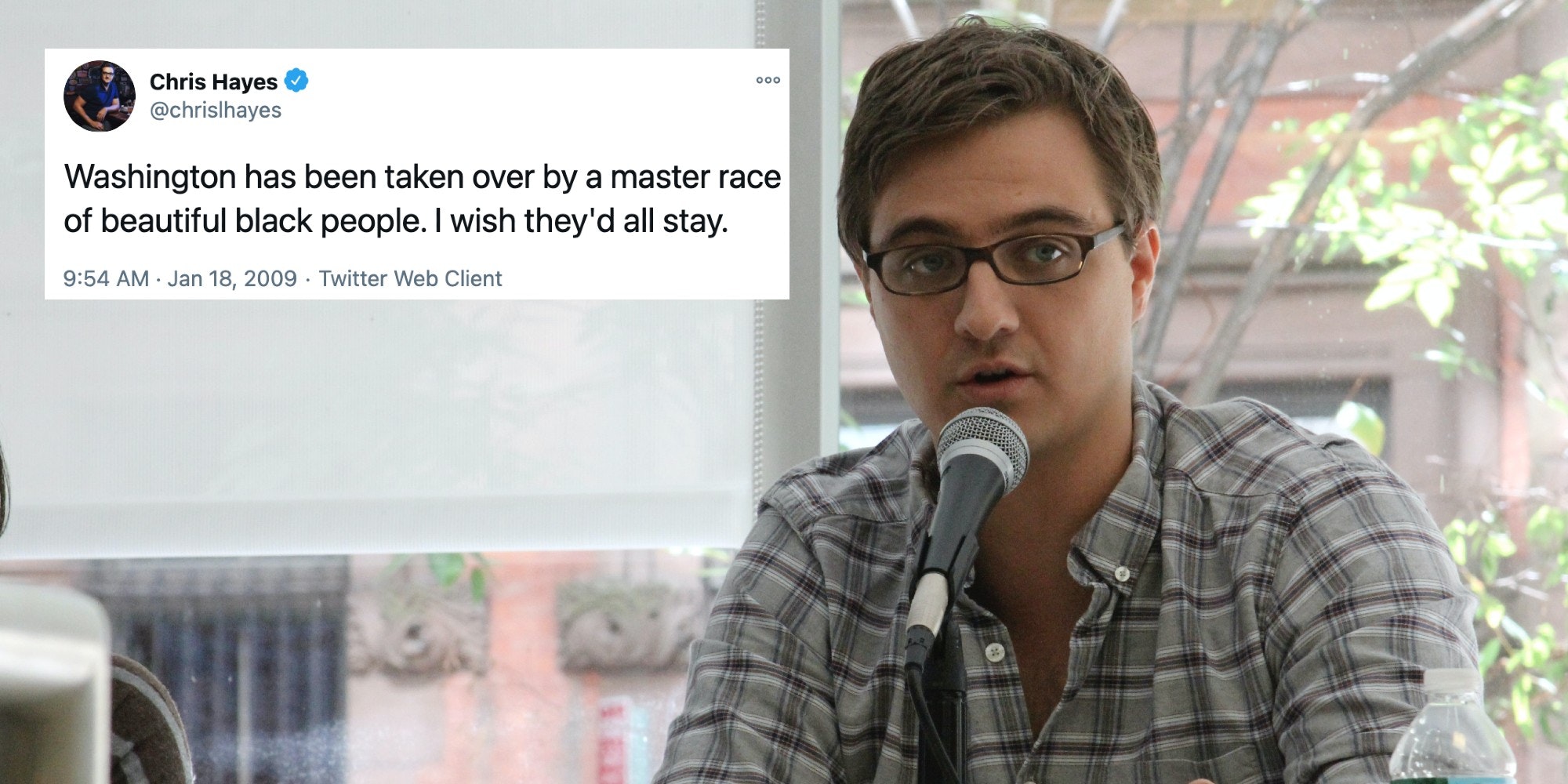 MSNBC host Chris Hayes is being roasted on Twitter after an old tweet resurfaced in which he yearned for “a master race of beautiful black people.”

In the tweet, which was made just two days before the inauguration of President Barack Obama in January 2009, Hayes expressed hope that people of color would never leave the nation’s capital.

“Washington has been taken over by a master race of beautiful black people,” Hayes tweeted. “I wish they’d all stay.”

While the tweet may have been well-intentioned, Hayes’ odd framing led to a wide range of reactions from Twitter users in 2020’s harsh light.

“This is what racial fetishism looks like,” @johnbrownlegalD argued.

Others took issue with Hayes’ use of the term “master race,” given its use in Nazi ideology.

“The last time the world had people throwing around the term ‘master race’ it ended in genocide,” @mommymcgraw said. “Why any sane person would choose to invoke that terminology again is pretty tough to comprehend.”

Others noted that D.C. was then and still is a predominantly Black city.

Memes poking fun at Hayes weren’t far behind either. The news host was mocked by users all across the political spectrum.

Despite the tweet gaining widespread attention, Hayes thus far has not weighed in on the matter.

Most of those reacting to the tweet appeared more confused than anything, uncertain as to what Hayes had actually meant.

“Tell us more about the master race, Chris,” @whip_poor_wont said.

Hayes’ tweet appears to have been largely ignored in 2009 and only seemed to garner widespread attention this week.