The Morrison Government has called the results of the finalisation of the Paris Rulebook “positive”, saying it is particularly in favour of the outcomes on international carbon markets (Article 6) and a standardised transparency framework.

“Transparency is the key to accountability and to translating ambition into achievement,” the statement from Senator the Hon Marise Payne and The Hon Angus Taylor MP reads.

“This goes to the heart of the Paris Agreement, which relies on all countries delivering on their commitments to achieve a global net zero outcome.”

“Australia’s emissions reporting and transparency is the gold standard and we expect all major emitters to display similar levels of transparency.”

Australia has doubled its climate finance commitment to $2 billion over the next five years, with more than 70 per cent to be focused on climate resilience and adaptation.

At the summit Australia also joined the Glasgow Breakthroughs Initiative, which sets global goals to make clean technologies the most affordable and accessible option before 2030. 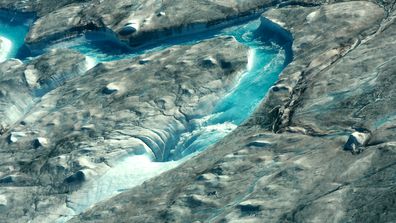 “This initiative is a strong international endorsement of our practical, technology-led approach,” the statement reads.

“A focus on reducing the cost of low emissions technologies to parity with existing approaches is the only way to make net zero practically achievable for all countries. “

The Australian Government has therefore committed to investing more than $21 billion in the next generation of low emissions technologies, to drive up to $120 billion of total public and private investment in Australia by 2030.

“Under our Plan to achieve net zero emissions by 2050, we will act in a practical, responsible way to reduce emissions and build on our track record of achievement – reducing emissions while growing our economy, maintaining affordable, reliable energy and ensuring our regions remain strong.”

What sea level rise will look like around the globe

At COP26 Australia updated and enhanced its Nationally Determined Contribution (NDC) under the Paris Agreement to include the net zero emissions by 2050 target, the latest emissions projections to 2030 that will see Australia achieve up to a 35 per cent reduction by 2030, and seven new targets in the form of our low emissions technology stretch goals, which the government says will be critical to achieving our 2030 and 2050 targets through our technology not taxes strategy.

“Australia’s 2030 target is fixed and we are committed to meeting and beating it, as we did with our Kyoto-era targets.”