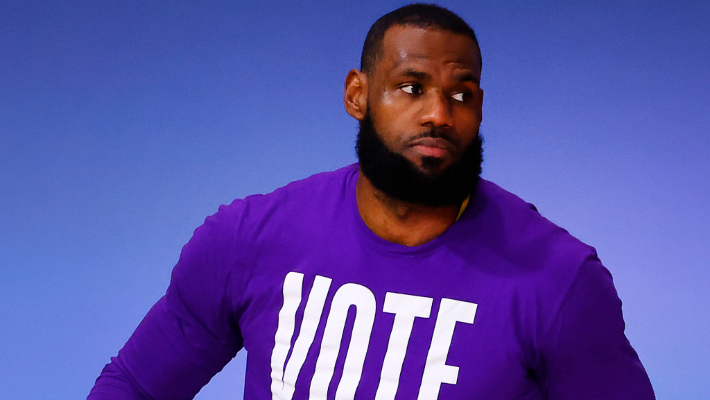 In the aftermath of the 2020 presidential election, a number of Republican-led bills are fast-tracking through state legislatures throughout the country in an attempt to restrict voting rights. A new campaign from More Than A Vote, the organization spearheaded LeBron James and a number of other Black athletes and artists that looks to expand voting in the United States, wants to make clear that they’ll fight these efforts at every turn.

The organization will use the 2021 NBA All-Star Weekend in Georgia, one of the states where the GOP is pushing bills to clamp down on voting rights, as an opportunity to debut its new campaign, Protect Our Power. James will play a major role in raising awareness for this by narrating an ad which stresses that More Than A Vote’s work was “never about one election.”

“It’s always been More Than A Vote,” James said in the ad. “It’s a fight that’s just getting started. And we’ve been ready. You with us?”

“What we see right now in Georgia is a concerted effort to make it harder for Black people to vote, period,” Addisu Demissie, the organization’s executive director, told USA Today. “Everything from making it illegal to take people food and drink in lines – and we know those lines end up in Black communities more than other communities – to eliminating (early) Sunday voting, which is about as an egregious an attempt to stop Black people from voting because of our souls-to-the-polls tradition in our community.”

Georgia was one of the states in the 2020 election that helped put Democratic president Joe Biden over the top in a tight race against now-former Republican president Donald Trump. In an attempt to undermine the election, the latter spewed a myriad of conspiracy theories and false information, with a special emphasis on Georgia, a state that had not voted for a Democrat since Bill Clinton in 1992. Trump famously called Georgia’s Secretary of State and tried to persuade him to “find” the number of votes to make up his deficit to Biden, for which he is now under investigation.

While these various efforts didn’t work in that election — nor in the election for two Senate seats in January that both went for the Democrats — Georgia’s Republican-led legislature has taken steps to restrict voting rights in the aftermath, with its House passing a bill earlier this week to restrict early and absentee voting.

“Black and brown voters changed the game in 2020, so in response, lawmakers are trying to change the rules in 2021,” new Atlanta Dream owner Renee Montgomery told CNN. “We know that as athletes and as leaders we have to keep our foot on the gas to protect our power, preserve and expand our voting rights, and to continue turning moments into momentum. More Than a Vote is just getting started.”