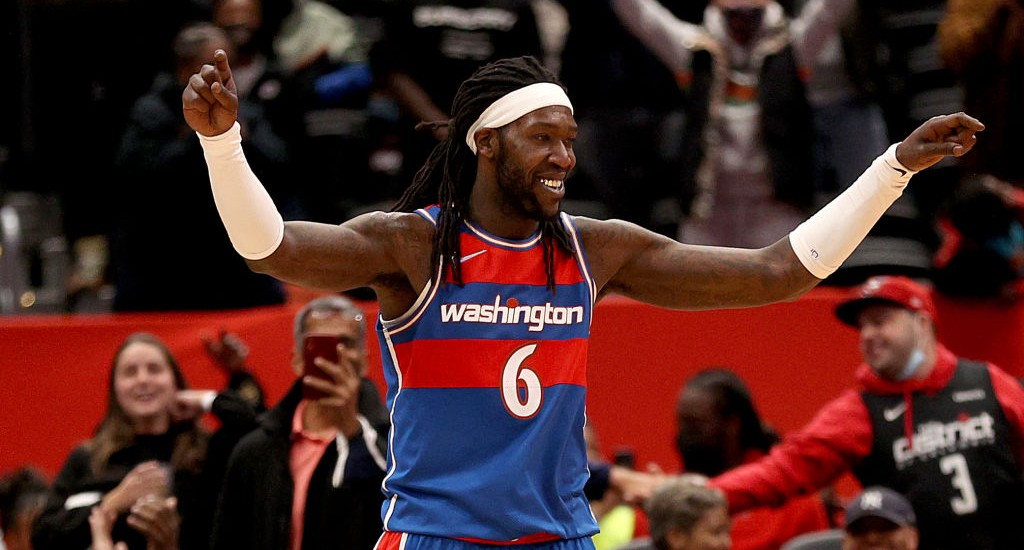 The Washington Wizards are off to their best start to a season in 47 years at 10-3, as the revamped roster around Bradley Beal has jelled quickly and has ascended to the top of the East. Trading Russell Westbrook to the Lakers has paid early dividends, as they moved the star guard for additional depth with Kyle Kuzma, Kentavious Caldwell-Pope, and Montrezl Harrell all coming over in the deal.

Harrell, in particular, has stood out from that group, as the former Sixth Man of the Year has returned to the form that made him a fan favorite in L.A. with the Clippers. The big man hasn’t been shy about saying that it’s as simple as him getting opportunity, something he felt was lacking during his year with the Lakers, but it’s also clear that there’s a comfort and fit in Washington that goes beyond simply being on the floor.

“Let me get that edge off of getting that first free throw down because it definitely plays in my head like, ‘damn, what if I miss this free throw, they chanting MVP.’ Every time I done fucking missed it.” pic.twitter.com/OODrCRRTw7

I love the honesty from Harrell, who says he “hates it” when fans start chanting “M-V-P” before his first free throw because he feels added pressure to make it and it gets in his head. He notes that he loves that he’s getting that love from the fans, but wants them to let him get that rhythm at the line by making the first, and then they can chant all they want for his second. We’ll see if Wizards fans get this message. If so, expect a lot more quiet when Harrell’s shooting his first at the stripe.