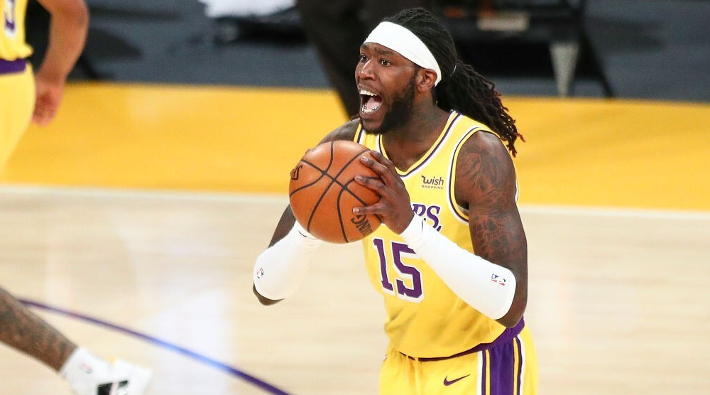 It’s been quite a night for referees around the NBA. First, it was Donovan Mitchell who had plenty to say about the officiating after the Jazz dropped a nailbiter in overtime to the Sixers on Wednesday night, claiming that it was just the latest example of how his team gets “continually screwed by the refs.”

And he wasn’t the only one who was frustrated. Teammate Rudy Gobert later went on an expletive-laden rant in which, among other things, he implied that the Jazz are victims of some kind of widespread conspiracy to keep small market teams down. There was plenty of subtext here that also included Joel Embiid, who took his own shot at a Sixers beat reporter who previously insinuated that he was scared of other star centers like Gobert.

But that wasn’t the only game of the night that featured rising tensions involving the refs. During the first half of the Lakers-Kings game, Montrezl Harrell found himself on the receiving end of a technical foul, seemingly for the cardinal sin of yelling “AND ONE” after knocking down a contested layup.

Screaming “AND ONE” after such a play is so woven into the fabric of today’s game that it’s almost baffling that any referee would even pay attention to it, let alone consider it an offense worthy of a technical foul. But here we are. It was just the latest example of an official seemingly overreacting to something that appears could’ve easily been ignored entirely in order to de-escalate the situation, as was the case with the technical foul Devin Booker received earlier this week for simply spinning the ball toward the ref with a little too much mustard on it for his liking.

Between a combination of players constantly arguing calls wearing on officials and the lack of fans in arenas allowing them to hear everything guys say clearly, it’s been a season filled with what feels like more apparently soft technicals than usual.