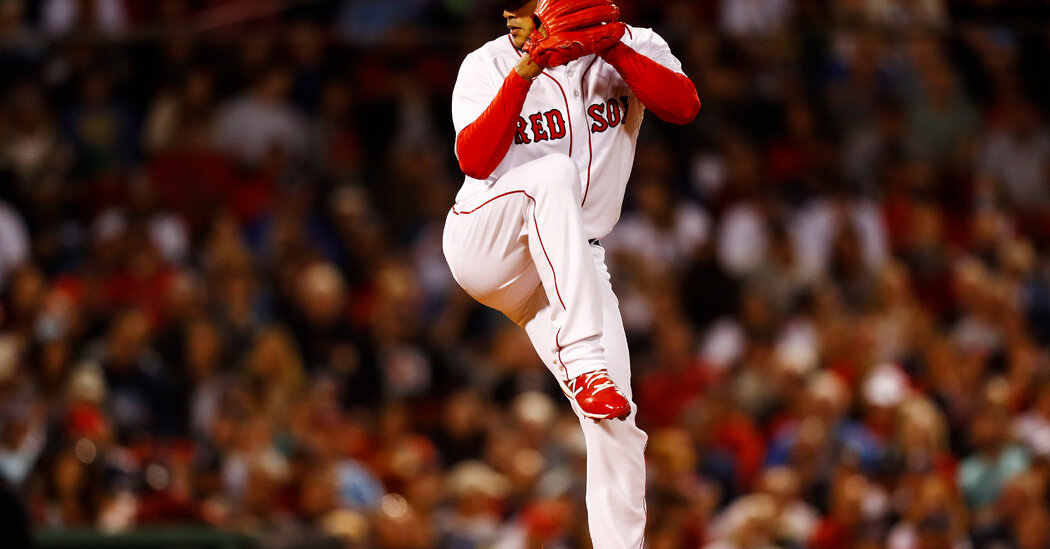 In a complicated off-season for Major League Baseball, a solid free-agent class has around a month to sign contracts ahead of the expected expiration of the league’s collective bargaining agreement on Dec. 1. If a lockout is imposed on Dec. 2, all transactions would be put on hold until it is resolved.

For now, we are tracking the larger free-agent signings, contract extensions and trades as they become official.

Detroit is banking on Rodriguez, 28, as a front-end starter, which he was at times for the Boston Red Sox. In 2019, he was Boston’s best starter by a fairly wide margin and finished sixth in the American League Cy Young Award voting (he had more wins above replacement than three of the pitchers who finished ahead of him). He missed the entire 2020 season after he developed myocarditis after having tested positive for the coronavirus, but he recovered to be Boston’s No. 2 starter in 2021. While his record and E.R.A. declined from 2019, he showed improvement in strikeouts per nine innings and walks per nine innings.

In Detroit, Rodriguez should slot in as a reliable left-handed complement to the promising Casey Mize at the top of the Tigers’ rotation, and he should benefit a great deal from the shift from hitter-friendly Fenway Park to pitcher-friendly Comerica Park. To lure him, however, was pricey: Rodriguez is not only guaranteed $77 million, but the Tigers will forfeit their third-round draft pick to Boston as compensation since the Red Sox extended a qualifying offer to Rodriguez.

Syndergaard, 29, will give the Angels the pitcher with the highest upside in this year’s free-agent class, but one who also comes with a great deal of risk. While the commitment is for only one year, Los Angeles, which is desperately in need of starting pitching, paid a steep price

Advertisement
, guaranteeing the hard-throwing Syndergaard $21 million and sacrificing a compensatory draft pick to the Mets, who had extended a qualifying offer that would have paid Syndergaard $18.4 million.

At his best, Syndergaard could be the ace the Angels have lacked. He has a 3.32 E.R.A. over six seasons and has averaged 9.7 strikeouts per nine innings. As a rookie in 2015, he was pitching in the World Series. In 2016, he was an All-Star. But things have been far rockier since. Syndergaard made only seven starts in 2017 because of a torn right latissimus muscle. And after uneven efforts in 2018 and 2019, he missed all of 2020 after having Tommy John surgery. Once he did return, he made only two token appearances in the final week of the 2021 season because of inflammation in his pitching elbow.

After a fairly disastrous 2021 season, Heaney, who split the year between the Angels and the Yankees, will head back to Southern California in hopes of proving that his 5.83 E.R.A. (7.32 in 12 appearances for the Yankees) was misleading.

“I know that I’m much better than my numbers say I was last year,” Heaney said in a video conference.

The Dodgers have some reason to believe Heaney when he says that. A 30-year-old left-hander, he struck out 150 batters in 129⅔ innings in 2021 and had a solid strikeout-to-walk ratio of 3.66. Many of his underlying indicators show a pitcher who could be league-average or better, which would make Heaney a bargain at $8.5 million. He said in his introductory news conference that he had already gone over some potential tweaks with Manager Dave Roberts and Mark Prior, the Dodgers’ pitching coach, in hopes of unlocking his potential.