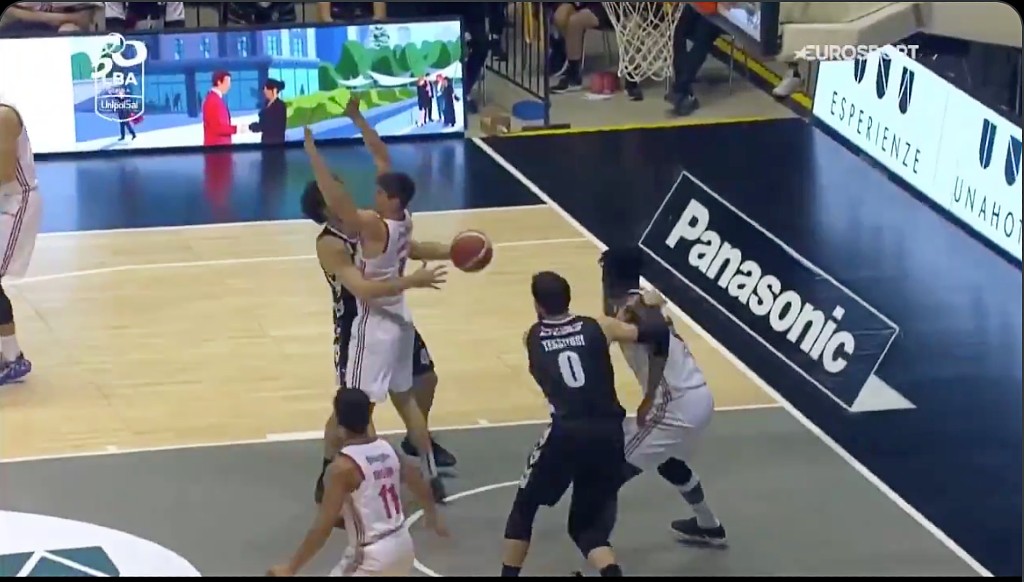 When Milos Teodosic came to the NBA a few years ago those who had seen him play in Europe were very excited to see him bring his incredible passing acumen to the Los Angeles Clippers. His first season in L.A. was fun, as he averaged 9.5 points and 4.6 assists per game in 45 appearances, but his minutes dropped off considerably the next year and he returned to Europe to play for Virtus Bologna in Italy.

Teodosic still pops up in American hoops circles on social media, as he throws some of the most ludicrous passes and tries wild moves in games in Europe that go semi-viral on Twitter. On Sunday, we got the latest in a long line of Milos Magic Moments when he put a move that you’ve probably only seen on the And1 Mixtape Tour on someone for arguably the greatest shot in basketball history.

All that’s missing is someone screaming “OH BABY! OH BABY!” and the game being stopped because people stormed the floor to carry him out of the arena. I mean, the sheer audacity to even attempt a a fake wrap-around pass, handing the ball off to your left hand behind the defender’s back, and then shoot a one-handed, left-handed push shot is incredible, not to mention actually succeeding in pulling it off. Milos was too pure for the NBA, but he’s thriving again in Italy and that’s something we can all enjoy.