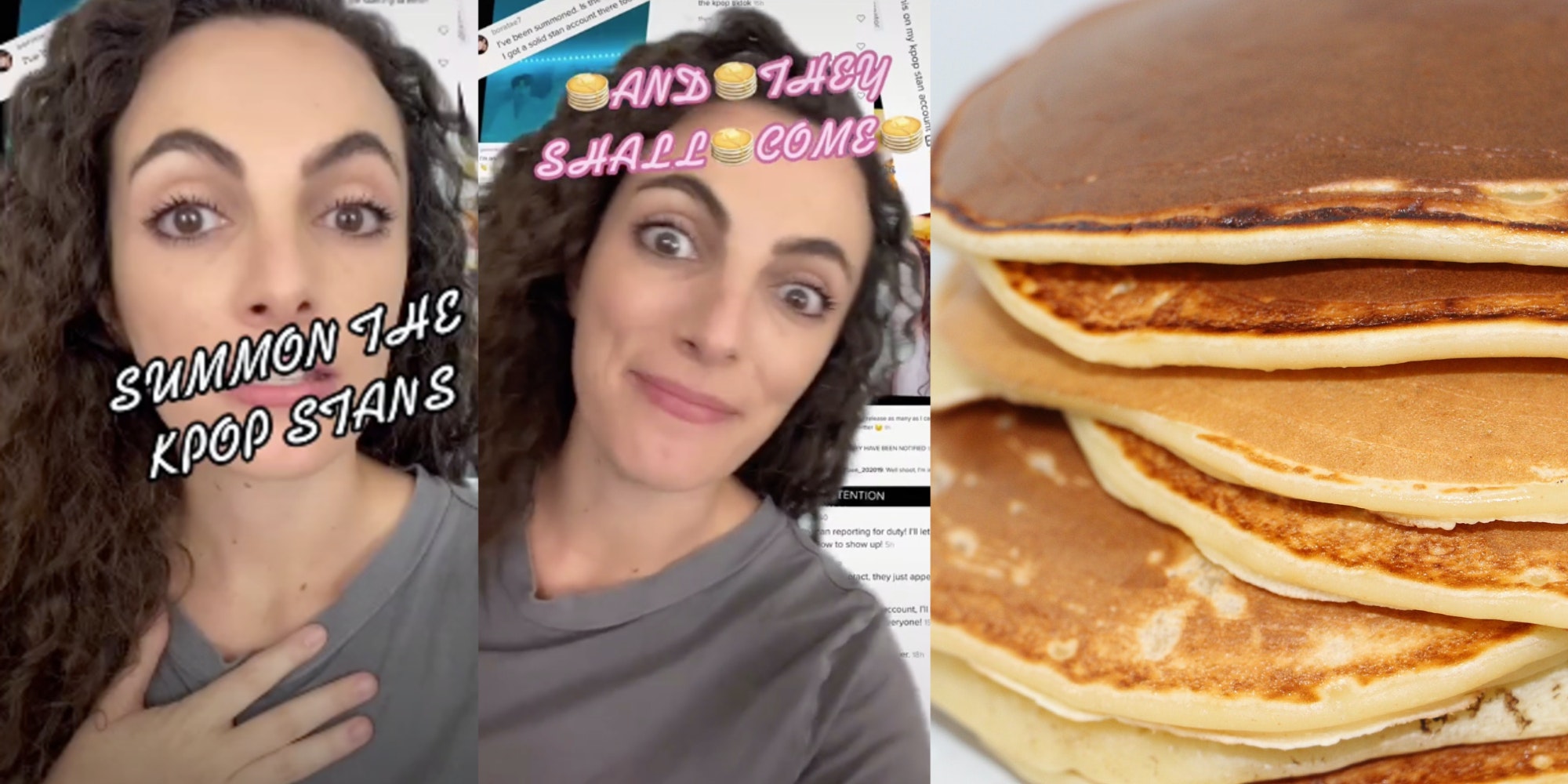 Twitter users are flooding the “Million MAGA March” hashtag with pictures of pancakes, and the movement was spearheaded by none other than TikTokers and K-pop stans.

President Donald Trump’s supporters, including far-right group the Proud Boys, are set to protest the results of the 2020 presidential election on Saturday in Washington, D.C.

Airbnb canceled the reservation of a Proud Boy member who rented a property to attend the Million MAGA March. “Anyone affiliated with hate groups has no place on Airbnb,” it stated on Twitter, implying that it would do the same for other Proud Boy members who also attempt to book rentals through Airbnb. Now, TikTokers K-pop stans are trying to do their part in suppressing the spread of the word of the march in the best way they know how: by online trolling.

Actor Shea Depmore used TikTok to “summon” K-pop stans. “We are not going to go counter-protest in person,” she says in a video that was posted on Friday. “We’re gonna take over their hashtag instead.”

She recommends filling the “Million MAGA March” hashtag on all platforms with “pancakey goodness” but ultimately defers her authority to K-pop stans, whom she calls the “guardians of the internet.”

As evidenced by the “Million MAGA March” and its affiliated hashtags, viewers took up her call to action. The hashtag is now being drowned out with GIFs, photos, and videos of the breakfast delicacy by many Twitter users, not just teens and K-pop stans.

“Shout out to the incredible K-Pop Stans (Twitter royalty) who hijacked the #MillionMAGAMarch hashtag with pancakes making it unusable by Trump loyalists,” one user tweeted

This is not the first time TikTokers and K-pop stans have successfully hijacked pro-Trump and other conservative—and at times, racist—movements online. TikTokers infamously reserved tickets and then deliberately failed to attend Trump’s Tulsa rally in June. They have since targeted Trump’s merchandise store, apps, and hotels. More recently, in June, K-pop stans drowned out the #whitelivesmatter, #whiteoutwednesday, and #BlueLivesMatter hashtags with fancams. And in February, they helped fuel the “Pooping for Kaitlin” movement on Twitter to troll Kaitlin Bennett, better known as “Kent State gun girl.”

The Million MAGA March follows a week-long endeavor by Trump to try and discredit the election results, which named former Vice President Joe Biden as president-elect. Trump and his supporters are claiming the election was “rigged,” with millions of fraudulent votes cast in favor of Biden. The claims have not only gone unproven, but they have even been discredited. According to Yahoo, the Million MAGA March has the potential to be the largest gathering of white nationalist groups since the “Unite the Right” rally in 2017.