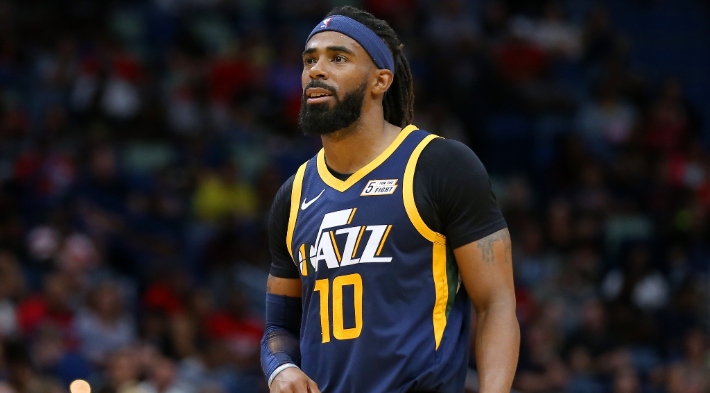 The NBA is about a week away from free agency, and another domino fell Thursday morning as Chris Haynes of Yahoo! Sports reported that Mike Conley Jr. will pass on free agency and play out the final year of his contract.

Yahoo Sources: Utah Jazz guard Mike Conley Jr. will bypass free-agency next week by not exercising “early termination option” on his $34.5 million salary for the 2020-21 season.

Because of a tightening financial situation across the NBA, players do not face the type of payday they may have initially expected in free agency. For Conley in particular, after a season with the Jazz that was relatively disappointing after his acquisition was thought to potentially make Utah a championship contender, it was unlikely he would test the market.

Other players like Andre Drummond have already indicated they will do the same and not exercise their player options in order to maximize their earnings this upcoming season and hit the market when there is more spending money to go around in the NBA.

For Utah, this means they will either have to explore the trade market to change up their roster or go into the 2020-21 season with quite a similar roster to the one that just lost in the first round to Denver in the Bubble. The Jazz also own the No. 19 pick in next week’s NBA Draft.