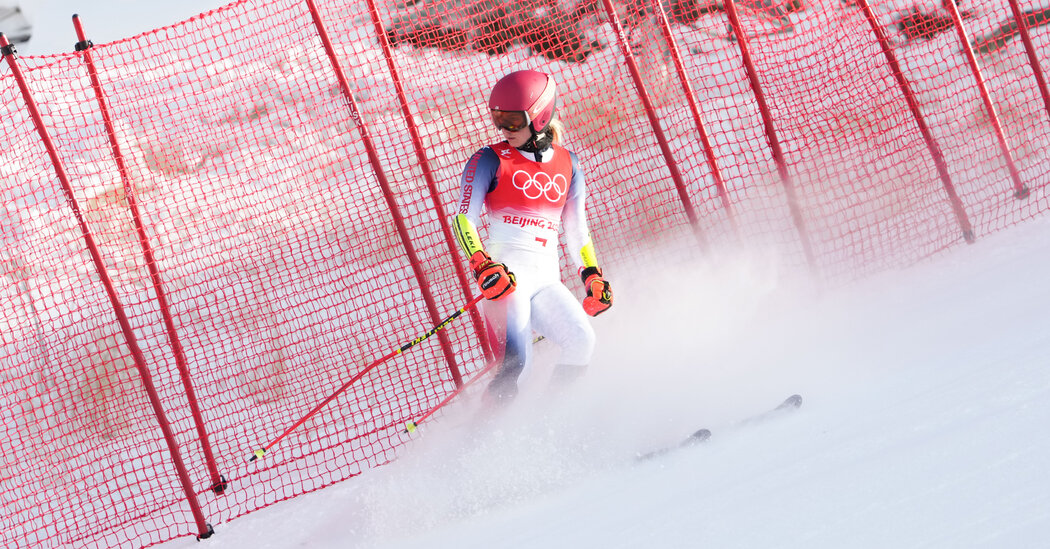 More than two days after the team figure skating event ended with Russia winning, Olympics officials still have not handed out the medals as they investigate a “legal issue” that has generated questions in the sport.

The award ceremony was supposed to take place Tuesday night in Beijing, with the American team to receive silver medals and Japan bronze, but just as the teams prepared to head to a plaza for the event they were told to turn back.

Since then, Olympics officials have declined to elaborate on what is causing the delay.

“Obviously we ask for and hope for the patience and understanding of all the athletes involved here,” Mark Adams, a spokesman for the I.O.C., said at a news conference on Thursday in Beijing. “But it is a legal case, and I’m bound by this legal case, and I’m unable to say anything more.”

Adams was asked about reports in the Russian news media that the issue involved whether an athlete on the Russian team had tested positive for a banned substance, but would only say, “I have seen the reports, but I cannot comment on them.”

Adams had said on Wednesday that there would be more information imminently, but none came on Thursday morning. He had said that Olympic officials were consulting with lawyers and the International Skating Union, the sport’s global governing body, to resolve the matter.

There was no more clarity on the situation at the figure skating venue, where the men’s singles competition was taking place Thursday morning. Russian skaters there declined to answer questions on the matter.

Russia won the team event Monday behind a breakout performance by its 15-year-old star, Kamila Valieva.

The team event is a mixed-gender competition that made its debut at the 2014 Games in Sochi, Russia. A Russian team won that year and then claimed the silver medal behind Canada four years later in Pyeongchang, South Korea. The United States won the bronze medal in both previous editions.

This year, the American team, led by the three-time world champion Nathan Chen, finished second behind the Russian team in the best finish in the event for the U.S.

Adams said at the news conference that the I.O.C. generally was not responsible for drug testing and any punishments, noting that those responsibilities fell to organizations like the International Testing Agency and the Court of Arbitration for Sport.

But he was vague on who was looking at the current case.

“Even if I comment on who is handling the matter, it tells you what kind of matter it is, so I’m not going to,” he said.

He took the same stance when asked whether any potential doping case involving Russia would force the I.O.C. to re-evaluate a decision to allow the country’s athletes to compete at the Games under the moniker “Russian Olympic Committee.” The country was officially banned from the Games as part of the fallout of a state-sponsored doping scheme.

“Quite a lot of speculation in that question,” he said.

The team event is contested over several days. In it, each country is represented by men’s and women’s singles skaters, a pairs team and a set of ice dancers. The athletes compete in several rounds of performances, and the scores are combined to crown a winner.

The event can showcase the breadth of a team’s skating talent, but team events also come with risks. Germany and Ukraine failed to score points in portions of this year’s competition after losing athletes to positive coronavirus tests, ending their slim medal hopes.

But the disqualification of any athlete from a medal-winning team — a regular occurrence in other Olympic sports — mean the loss of that athlete’s points. That could alter the final standings.