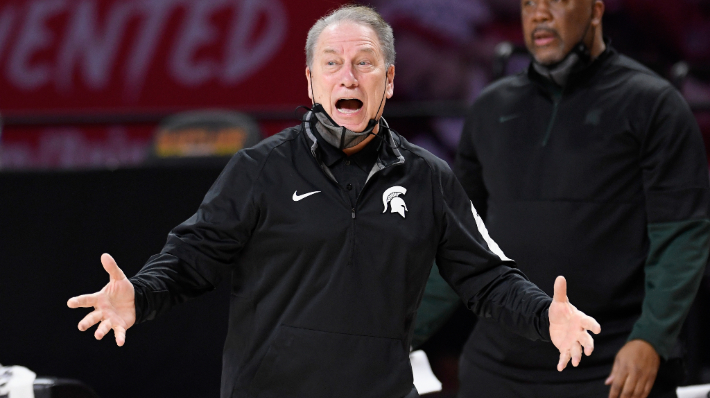 Corporate sponsorship is widely accepted in the sports world, but the Michigan State Spartans made an announcement on Thursday that turned some heads, even in a culture that expects money grabs at every turn. In short, the university announced that its men’s basketball team will now have what it describes as a “presenting sponsor” in the form of Rocket Mortgage. Not only will the two brands be tied together, Michigan State’s announcement indicates that the program will now be referred to as “MSU Spartans Presented by Rocket Mortgage” at every turn in its home arena, the Breslin Center.

Beyond the men’s basketball partnership, Rocket Mortgage will have “considerable branding” in other venues, including Spartan Stadium, that “will be highly visible to TV audiences.” That isn’t unusual by any stretch but, once again, a major men’s college basketball program is now linked with a corporate sponsor to the point of a new naming convention.

To spice up the announcement, quotes were included from both men’s basketball coach Tom Izzo and football coach Mel Tucker.

“Rocket Mortgage has been a valued partner for years with Michigan State and we are excited that they are continuing to support our program into the future,” Izzo said. “As presenting sponsor of our season, their presence will be an asset as we compete for championships.”

“Michigan State Football wishes to thank Rocket Mortgage for their continued support, not only of our program, but for their overall support for intercollegiate athletics,” Tucker said. “It’s important for championship teams to have championship companies behind them, and Rocket has been a champion for our program for years and will be well into the future.”

While it should surprise no one, the announcement references Dan Gilbert, the founder and chairman of Rocket Mortgage, as an alum of Michigan State, and also indicates that he and his wife, Jennifer, “contributed $15 million to Michigan State” back in 2016. There are often ties on that level in massive, integrated branding partnerships. As one final reminder, though, a Blue Blood men’s basketball program is now going to be called “MSU Spartans Presented by Rocket Mortgage,” and the jokes will be flying across the Big Ten and beyond.