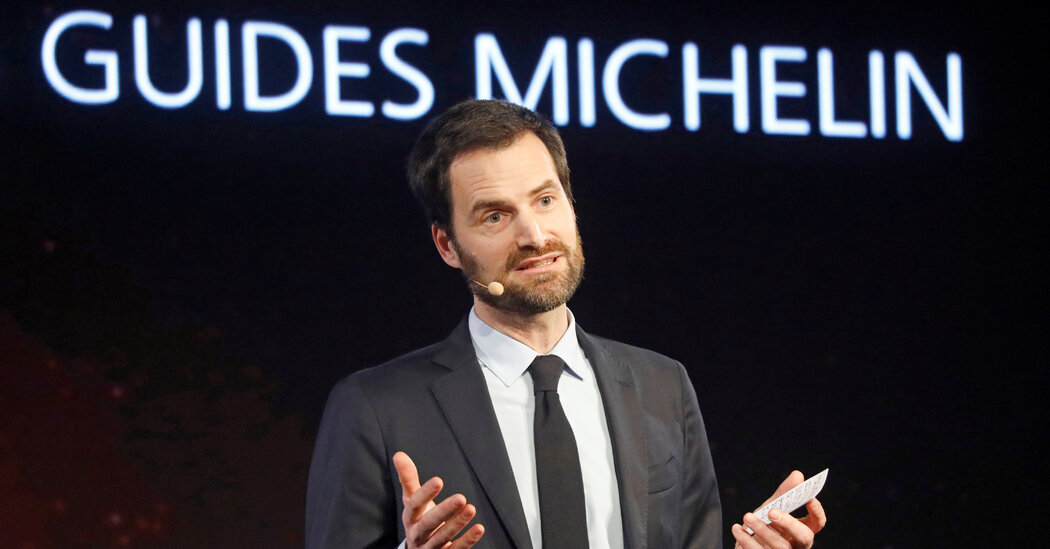 After a pause last year because of the pandemic, the Michelin Guides for restaurants in several cities in the United States are up and running again.

The venerable French company announced Thursday that starting next week, it would begin revealing the stars and other ratings for restaurants in Washington D.C., Chicago and New York. The 2021 restaurant guides will be rolled out one week at a time and be entirely virtual; no red books are being printed, nor are they likely to be in the future. A guide to California will be announced at a later date.

The rating process for these guides was completed by the end of 2020. Although the ratings for restaurants in the United States are usually released in the fall, Gwendal Poullennec, the international director of the guides, said the company decided to wait until now to allow more time for restaurants to reopen and Michelin inspectors more time to visit them.

“If anything we were benevolent as to the selections,” he said of the restaurants. “We were impressed with their incredible achievement throughout the crisis. Some of them went above and beyond the standards we usually expect. That’s a positive trend right now.”

He added that the inspectors were also struck by the restaurants’ attention to quality and details, and by how many new ones have opened despite the pandemic.

“We feel it’s important to highlight those that are in business, to support the industry, help it recover and keep people interested in dining out,” he said.

In many cases, he said, the inspectors based their ratings on past experience, despite whatever limitations they might have found at the restaurants because of the pandemic.

In addition to categories like Bib Gourmand (good value), plates (selected but not starred), and one, two and three stars, the guides for 2021 include a new green-star category for sustainability, first introduced in France. Mr. Poullennec said the green-star restaurants should be regarded as role models for the future. The guides will also highlight sommeliers and young chefs.

The Washington guide will be released April 22, followed by Chicago (April 29) and New York (May 6). The Bib Gourmand listings will be announced in each city two days before the star ratings. An app is also available.

The Cake Recipe That Was a Secret for Two Decades

Restaurant Review: Kolomon in the Ace Hotel in NoMad

Torrisi Bar & Restaurant, From the Carbone Team, Opens in SoHo