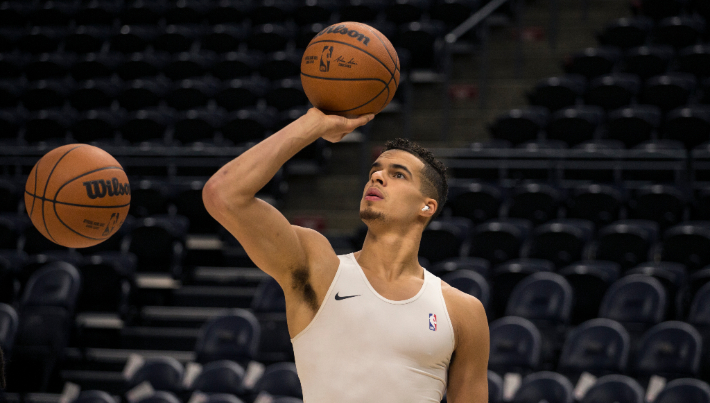 Back on Nov. 6, Michael Porter Jr. suffered a back injury when he went up for a layup and came up in some discomfort. While the Denver Nuggets have not been able to provide specifics on when the high-scoring forward might be able to return, a new report indicates that we may not see Porter again this season.

According to Mike Singer of the Denver Post, a nerve issue in Porter’s back could lead to him missing the remainder of the season. The team is apparently willing to give Porter some more time to continue getting better and show that he is going down the right path, but if he is unable to do that, he might need to go under the knife, something that he has not needed to do since the summer before he entered the league.

The Nuggets have been vague about specifics of the injury and when Porter might be expected back. They have given him a timeline of a week to show improvements before considering other treatment options. Another back surgery is a possibility, sources said.

Porter’s back has long been a cause for concern, dating back to the one year he spent in college at the University of Missouri. The news comes on the heels of Porter putting pen to paper on a five-year max extension this past offseason. With Jamal Murray sidelined due to his recovery from a torn ACL, the team put a whole lot on Porter’s shoulders this year. He averaged 9.9 points and 6.6 rebounds in 29.4 minutes per game before going down, but recently, Nuggets teammate Austin Rivers revealed that Porter was dealing with back issues throughout the season.