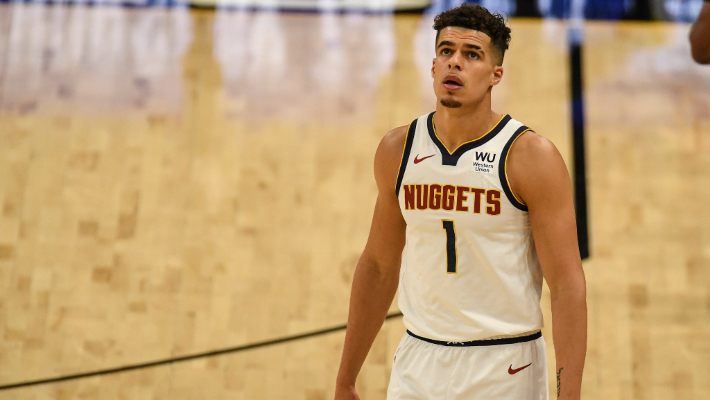 The Denver Nuggets have dreams of winning the Western Conference this season after two trips to the conference semis and one conference finals appearance in the last three years. Nikola Jokic comes into 2021-22 as the reigning NBA MVP and seemingly gets better each season, and has plenty of talent around him if the Nuggets can get and stay healthy.

Jamal Murray being able to return from an ACL tear is near the top of the list of needs for this Nuggets team if they are to compete with the best in the West, but not far behind is another step forward into superstardom from Michael Porter Jr. The Nuggets’ sharp-shooting forward is entering his fourth season as an NBA player, but only the third on the court after sitting out his rookie season with a back injury. Last year saw him become one of the NBA’s most fearsome big shooters and his continued growth as an offensive weapon could hold the keys to the Nuggets taking another leap as a team.

Denver has high hopes for a player they stole in the 2018 Draft due to his injury red flags, and they have now committed to him long term, inking Porter Jr. to a 5-year, designated max extension on Monday.

Denver Nuggets forward Michael Porter Jr., has agreed on a five-year designated max extension that could be worth up to $207 million, his agent Mark Bartelstein of @PrioritySports tells ESPN.

The deal is worth $172 million for now, but could jump to $207 million if MPJ makes it onto one of the three All-NBA teams next season. That is obviously a big if, but he undoubtedly has the offensive talent to make a case for himself, particularly in a season where he’ll be the second star to Jokic for much of the year until Murray can return.