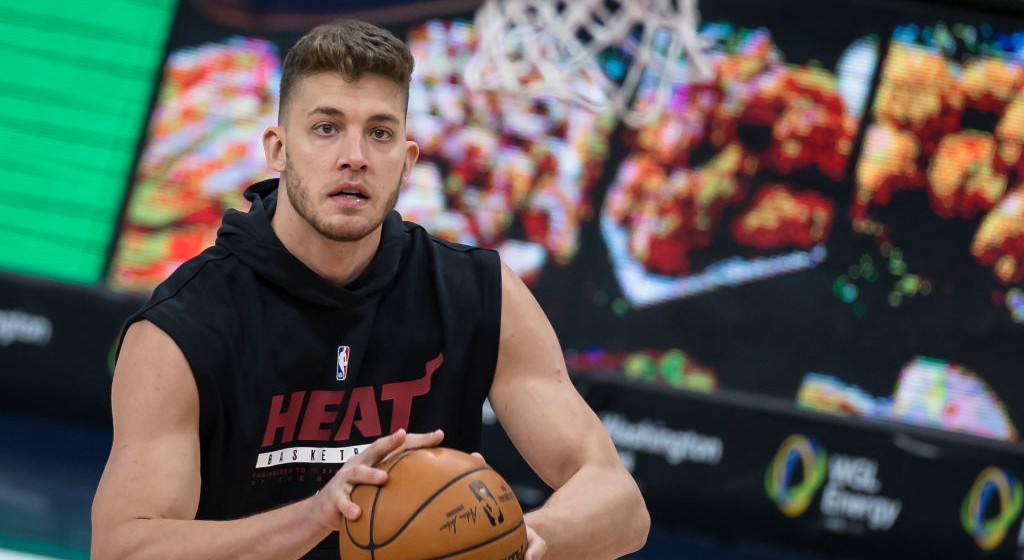 The popularity of athletes streaming on Twitch has exploded in recent years and especially in 2020 during the pandemic when they found themselves with lots of downtime. However, as we have seen on numerous occasions, streaming also opens the door for athletes and other famous people to say something that gets them into trouble.

Among the more recent examples was last year when NASCAR driver Kyle Larson lost his ride and all his sponsors when he said the N-word on an iRacing stream — he has since been brought back to NASCAR’s top series, which some have questioned if he’s proven he’s changed and understood what he did wrong. On Tuesday, Miami Heat center Meyers Leonard suddenly was trending on Twitter for all the wrong reasons, after video emerged of him very casually dropping an anti-Semitic slur while streaming Call of Duty.

FaZe investor and member Meyers Leonard was streaming when he dropped an anti-Semitic slur. A comment from FaZe Clan likely coming soon. pic.twitter.com/cur2EIv0Nw

Shortly after that video hit social media, Leonard took a phone call on his stream and said he had to go because his wife needed him, but it’s hard not to think that was him being told his use of a slur was all over Twitter and he needed to end his stream immediately.

It is an inexcusable thing to say, and one would expect a statement to come shortly from the Miami Heat and/or the NBA, as well as an apology from Leonard, but the damage here is done. As Jake Lucky notes, Leonard is also prominent in the eSports space as an investor and member of FaZe Clan.