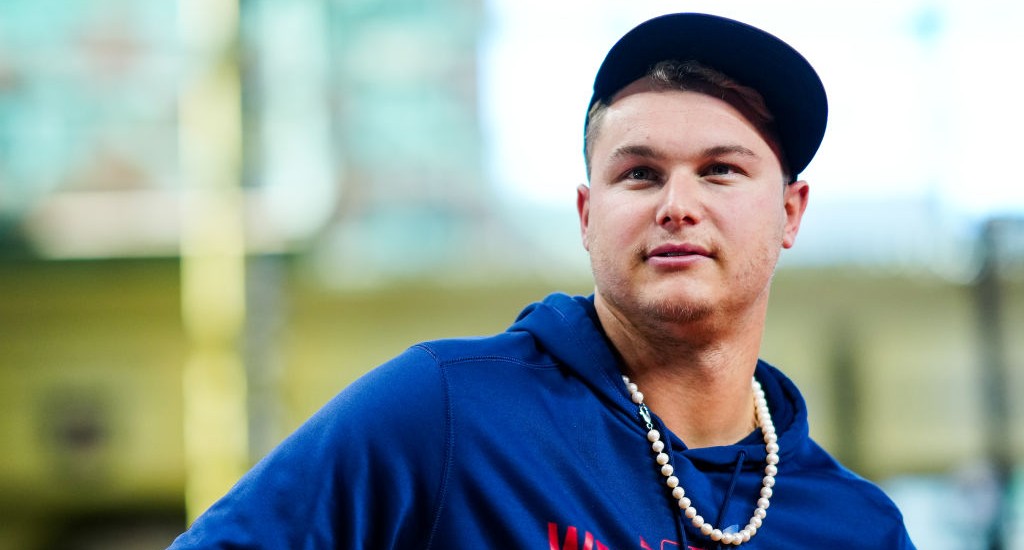 Game 2 of the World Series saw some Houston trying to change the mojo as the Astros looked to even the series after dropping Game 1 at home on Tuesday, as Minute Maid Park had the roof open for a playoff game for the first time since 2005.

The Fox broadcast also tapped a Houston icon for their intro video, as they got Megan Thee Stallion to set the stage for Game 2 with some Houston flair, as well as some love for the Braves too. The highlight of the video is her mentioning Joc Pederson and his pearls, calling him a “Bad B.”

It was about as well done as any celebrity hype video, as Meg doesn’t try to do anything but be herself for the video and even her getting her favorite tag lines like hotties and savages very naturally. Joc Pederson will surely love getting the Bad B*tch stamp of approval from Megan Thee Stallion, after that was the explanation he used for why he has been wearing a pearl necklace throughout the playoffs. Whoever slid that through the Fox clearance process for this video deserves a raise.

The intro also gave us the delightful opportunity to hear Joe Buck saying “Something For The Hotties.”

There’s a very good chance they have a similar video lined up with an Atlanta artist for when the series shifts to being Braves home games, and hopefully we get more Joe Buck reading off the titles of hip-hop albums as a result.