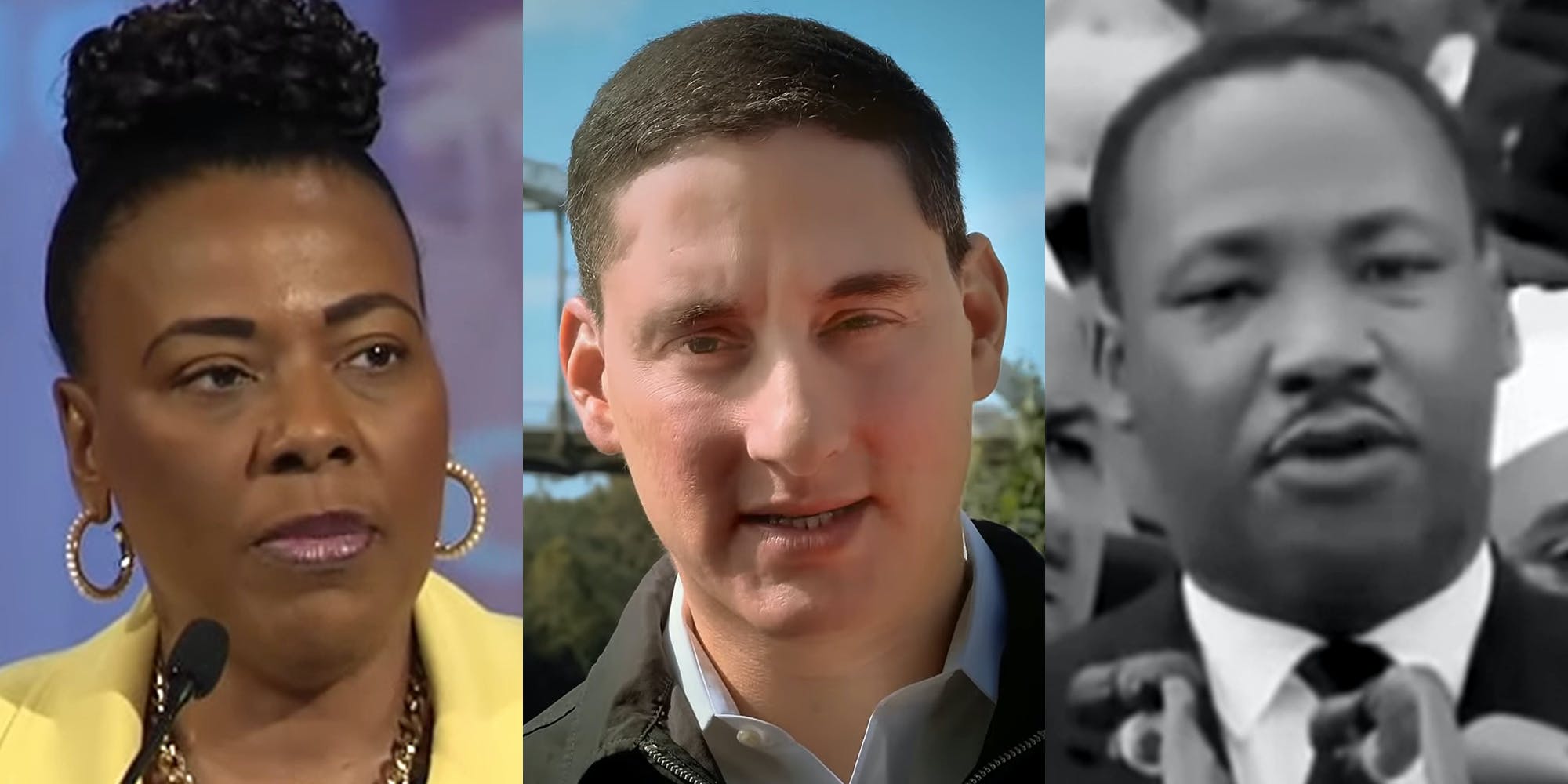 Mandel’s ad segues to a shot of him standing on Edmund Pettus Bridge in Selma, Alabama, which King and other civil rights demonstrators crossed during an historic march in 1965.

Mandel adds that he didn’t serve in the military “to come home and be called racist” and that “there’s nothing racist about stopping critical race theory and loving America.”

An announcer goes on to describe Mandel as “pro-God, pro-gun and pro-Trump.”

The ad concludes with Mandel saying, “You want a fighter? Send in the Marine.”

Mandel tweeted the ad Tuesday morning. In a subsequent quote-tweet, he tagged Bernice King and the Martin Luther King, Jr. Center and thanked both for “motivating me to film this ad.”

“Josh: Regretfully, I do not believe that I or @TheKingCenter legitimately motivated you to film this ad, as it is in opposition to nonviolence and to much of what my father taught,” King tweeted.

“I encourage you to study my father/nonviolence in full.”

She included a link the center.

Historian Kevin M. Kruse pointed out, “If Mandel bothered to read the speech that King gave for that march—instead of shamelessly using it for a photo op—he would’ve seen that King argued that American history was one deeply riven by racism and the abuse of the law for racist ends.” This philosophy is reflected in critical race theory.

Mandel was unmoved by assertions that he deliberately or unintentionally misread MLK Jr.’s teachings. In a follow-up tweet, Mandel insisted that MLK Jr. was pro-gun, as evidenced by him applying for, and being denied, a gun permit after his home was bombed.

King replied with a quote in which her father said he was “much more afraid” when he had guns in the house.

“When I decided that I couldn’t keep a gun, I came face-to-face with the question of death and I dealt with it,” her father wrote. “From that point on, I no longer needed a gun nor have I been afraid.”

Around this point in his life, MLK Jr. began to embrace the nonviolent civil disobedience and pacifism that would ultimately define much of his legacy.

“Imagine telling MLK’s daughter to study his history better,” wrote one in a widely shared sentiment.

Bernice King also addressed her back-and-forth with Mandel in a subtweet Tuesday afternoon.

“Sometimes I engage with individuals who are misusing my father to educate more people (who read the exchanges) on his teachings,” she wrote. “And I will always extend an invitation to learn.”