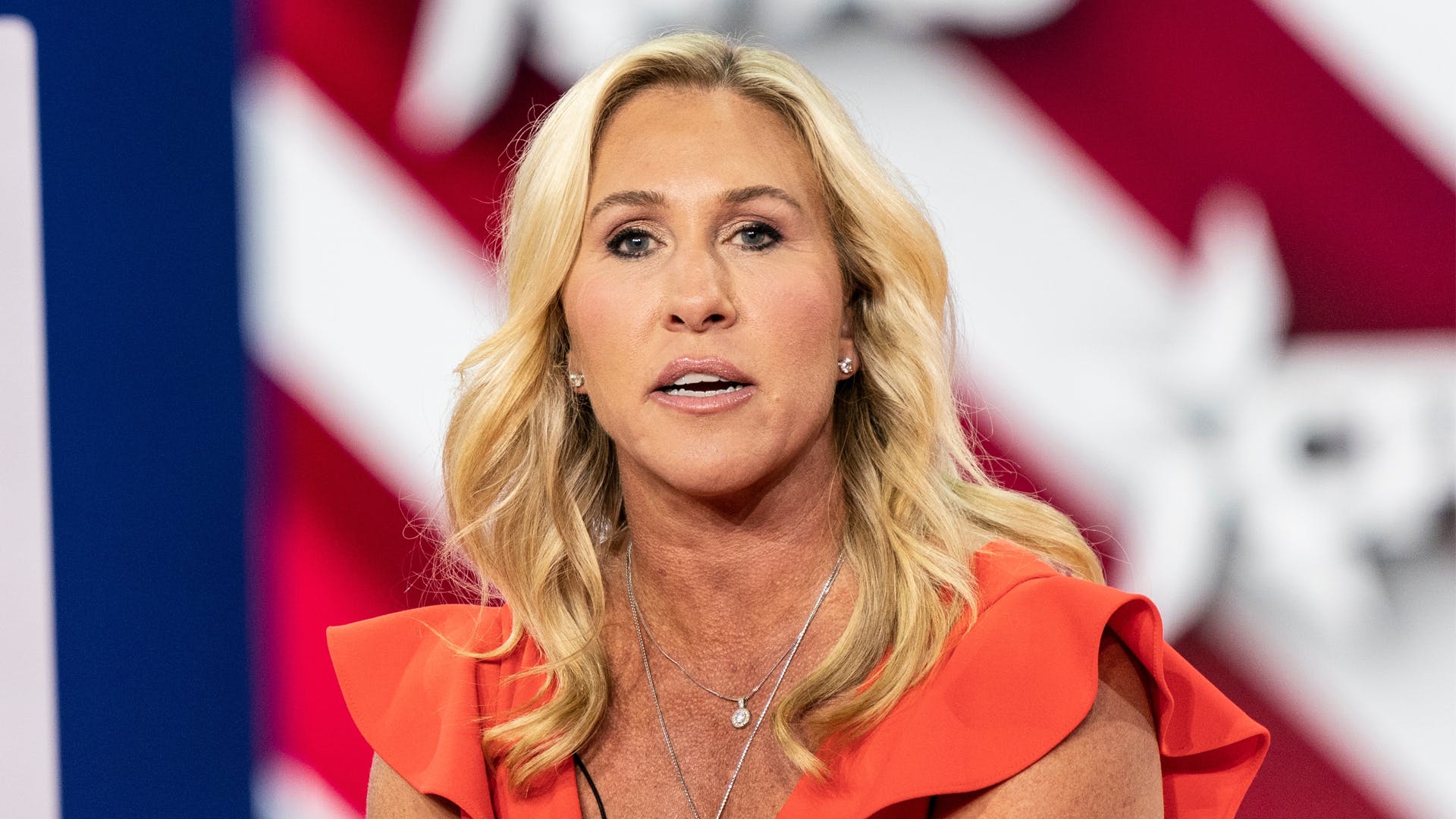 After the news broke, the conspiracy theorist congresswoman released a statement asking the media to respect their privacy as they work through the “personal and private matter.”

The internet is strongly disinclined to comply with Greene’s request, given her past behavior. Many reminded Greene of the time she filmed herself chasing Parkland school shooting survivor David Hogg down the street.

As the Daily Dot first reported, in a video that’s gone viral multiple times since, Greene can be seen following Hogg in Washington, D.C.

“Why do you use kids? Why kids?” she asked Hogg about his activism supporting gun control and safety in the clip. When he finally managed to get away, Greene turned back to the camera and baselessly accused him of being paid by George Soros, the billionaire Holocaust survivor who is a favorite scapegoat for conservative conspiracists.

It didn’t take long for people to accuse Greene of hypocrisy after she asked for privacy during her divorce.

“I remember Marjorie Taylor Greene stalking a kid, David Hogg, after he suffered extreme trauma living through the mass shooting at Parkland HS. Now she wants respect for privacy? That ship sailed long ago,” tweeted @Laurieluvsmolly along with the video of Greene following the youth.

“Let’s give her the same courtesy she gave David Hogg,” said another.

Multiple instances of Greene’s bad behavior resurfaced after she asked people to stay out of her personal business.

“Remember when Marjorie Taylor Greene chased David Hogg down the street and yelled at [Rep. Alexandria Ocasio-Cortez (D-N.Y.)] through her mail slot then asked for ‘space’ during her time of divorce?” another tweeted.

Many also suggested that it takes a lot of audacity for Greene to ask for privacy given her staunch opposition to reproductive freedom.

“I’ll respect Marjorie Taylor Greene’s privacy surrounding her husband filing for divorce from her about as much as she respects the privacy of a woman’s deeply personal medical and reproductive choices,” commented @SundaeDivine.