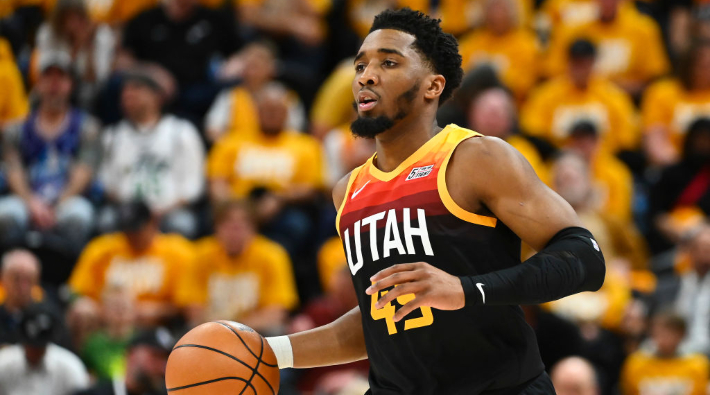 Donovan Mitchell’s future with the Utah Jazz is up in the air. Reporting from earlier this week indicates that the Jazz are taking calls regarding Mitchell in the aftermath of the Rudy Gobert trade, and while nothing appears to be imminent, Mitchell getting a homecoming and joining the New York Knicks appears to be one of most prominent the options on the table.

Still, there’s not much Mitchell can do right now while this is ongoing. Fortunately for him, Mitchell’s beloved New York Mets are in first place in the NL East and are in the midst of a series against the Chicago Cubs. They were slated to play at Wrigley Field on Friday afternoon, but the game got postponed due to inclement weather.

Mitchell was a bit bummed about this and decided to send a tweet in which he tagged former Mets pitcher Marcus Stroman, who was slated to start for Chicago on Friday. He thought it would be fun to rile Stroman up and made clear his Metropolitans will be ready to go when the game is made up as part of a doubleheader this weekend.

Stroman had no time for talking junk back to his friend, so instead, he decided to ask the question on everyone’s mind.

Lmao you going to the Knicks or what? The world wants to know! 😂

Stroman is a well-documented Knicks fan, so honestly, we probably should have seen this coming.