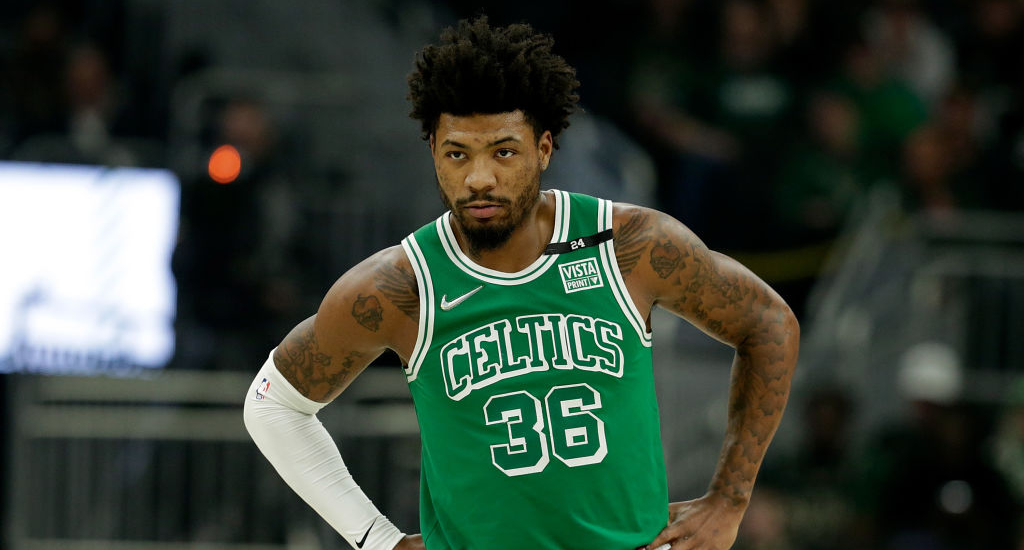 The NBA announced the 10 players who made up its first and second-team All-Defensive selections for the 2021-22 campaign on Friday night in the lead-up to Game 2 of the Western Conference Finals between the Dallas Mavericks and the Golden State Warriors. Unsurprisingly, the first team was led by the league’s Defensive Player of the Year, Boston Celtics guard Marcus Smart.

While Smart was not an unanimous selection, he appeared on 99 of a possible 100 ballots, all of which came on the first team. The other four players to earn the honor alongside him are Phoenix Suns wing Mikal Bridges, Memphis Grizzlies forward Jaren Jackson Jr., Milwaukee Bucks star Giannis Antetokounmpo, and Utah Jazz stalwart Rudy Gobert. Bridges received the second-most first-team nods with 95, while he and Jackson both appeared on 98 of a potential 100 ballots.

The second team was led by Miami Heat forward Bam Adebayo, who received the most first-team votes of anyone to not get that honor. Adebayo was joined by guards Jrue Holiday and Matisse Thybulle, forward Draymond Green, and center Robert Williams III.

Here is how the voting played out for both teams, which show that Adebayo just narrowly missed out on earning a first-team selection that instead went to Jackson.

Kia NBA Defensive Player of the Year Marcus Smart of Boston and runner-up Mikal Bridges of Phoenix received the most voting points in balloting for the 2021-22 Kia NBA All-Defensive Team.