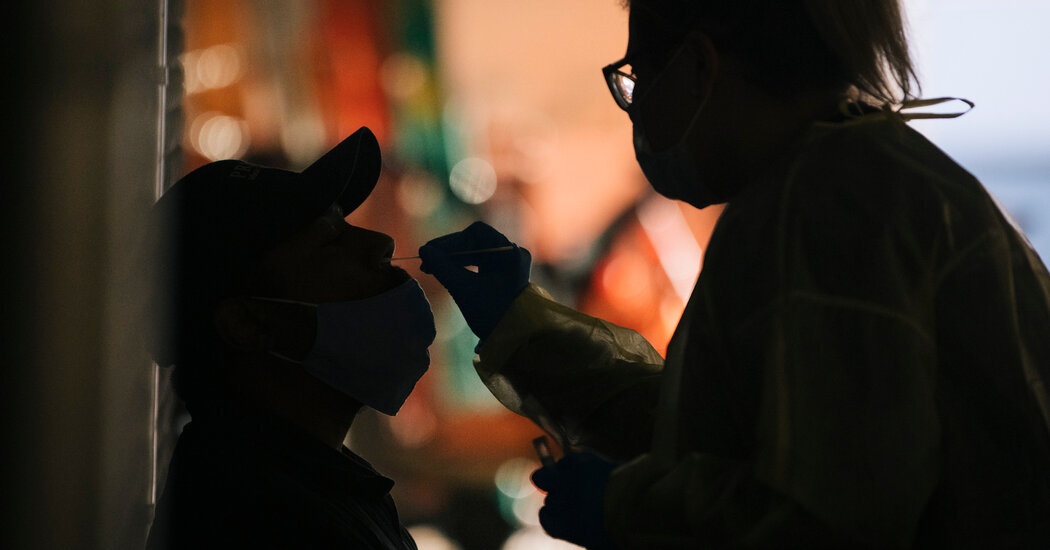 P.C.R. tests, which are generally considered the most accurate but typically require laboratory processing, cost roughly $100 in the United States. Medicare typically covers Covid tests, but many private insurance plans do not.

A spokeswoman for One Medical said the average turnaround time for the tests was two to three days in most markets. “We anticipate an increase in testing demand around the holidays, and have increased our testing capacity accordingly,” the spokeswoman added.

Among the biggest companies that didn’t test, cost was not a commonly cited obstacle. Those companies were much more likely to be discouraged by the complexity of testing their large work forces, which one-third cited.

Manufacturing was also among the industries where testing was relatively common, with 20 percent of the facilities saying they did so. By contrast, only 10 percent of professional services firms, like accounting and law practices, said they were testing. And sectors in which rank-and-file workers tend to be poorly paid and can’t work from home, such as restaurants and hotels and casinos, had even lower rates.

Zack Cooper, an economist at the Yale School of Public Health who has advised the Rockefeller Foundation, said he had some concern that a survey of this kind could be biased, because companies that did not respond might differ from companies that did so. But he said that in general he was not surprised by the results, and that the survey highlighted the federal government’s failure to recognize the widespread benefits of testing and to subsidize it accordingly. Mr. Cooper had no role in the survey.