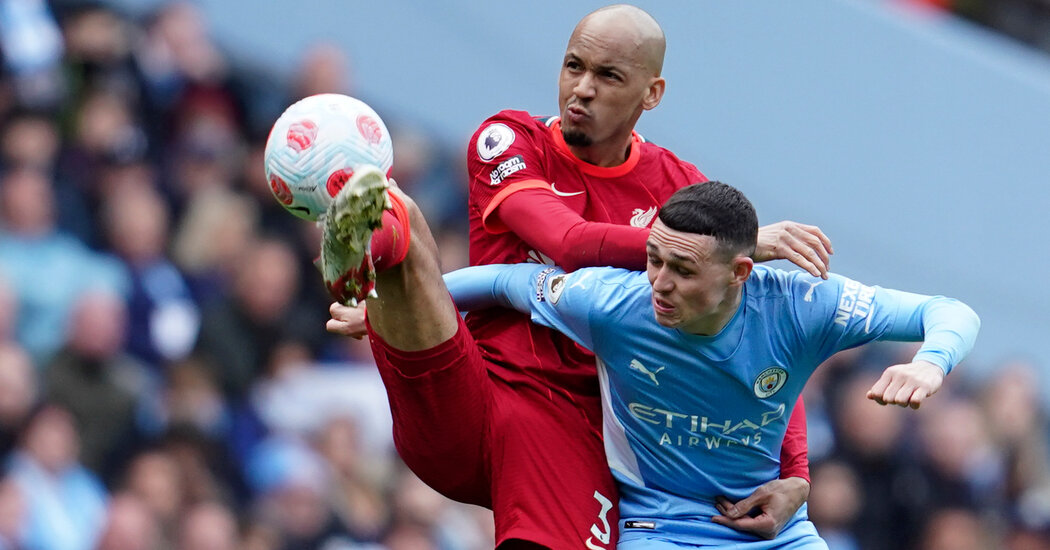 Or perhaps Guardiola sincerely relished the experience, the chance to see if he could kill off the challenge — for now, at least — of Klopp, the coach he has described as the greatest rival of his career, and Liverpool, the team he has called, in the most complimentary terms imaginable, a “pain” in a particularly sensitive area.

Most of the time, after all, Guardiola finds himself forced to try to unpluck the massed ranks of a defense, to overcome an opponent with little ambition and precious little hope. It is not every day that he finds a team willing to stand up to him, or capable of doing it.

Or perhaps he knew that the day that had been declared decisive would not decide anything. Half an hour or so later, after all, the final whistle had blown on the 2-2 draw and everything remained as it was. Both teams stood where they had before. Manchester City, which now has seven games to play in the Premier League, has one point more than Liverpool, just as it had at the start of the day.

It might have been better, of course: After 30 games and 94 minutes of the Premier League season, City’s Riyad Mahrez had found himself on the edge of the Liverpool penalty area, the ball at his feet and Alisson, the visiting goalkeeper, stranded. Mahrez seemed almost spoiled for choice. He attempted a deft lob, conjuring an artful parabola, but his calculations were off, just barely. The ball looped down, over the bar rather than under it, and the chance to win here, to stretch clear of Liverpool in the table, was gone.

Who knows? In time, City may come to regret that miss. This is a Premier League season of the finest margins, and whichever of these teams wins the title, there will be precious little between them.

But, for now, stasis was enough. Stasis, from Manchester City’s point of view, was acceptable. A sense of vindication, if not quite triumph, swept around the Etihad Stadium as the players stood on the turf, heaving breath back into their lungs. John Stones, the City defender, pumped a fist in the air.