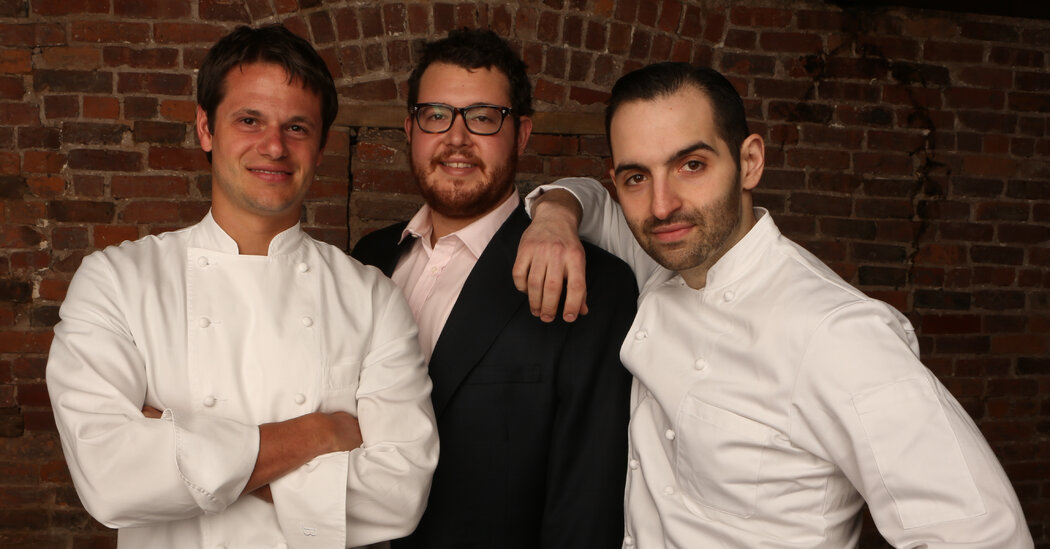 Having planted their flag all over the city, Rich Torrisi, Mario Carbone and Jeff Zalaznick, the restaurateurs behind Major Food Group, are going back to their roots.

They are planning a new restaurant to open in the fall just a few steps from their original Torrisi Italian Specialties, an ode to Italian-American food and delis that Mr. Torrisi and Mr. Carbone, alums of Daniel Boulud’s restaurants, first opened on Mulberry Street in 2009. Mr. Zalaznick joined them later.

Advertisement
, but Major Food Group held on to the space. The new as-yet-to-be-named project will move into the back of the Puck Building in the former location of Chefs Club, which closed during the pandemic.
Advertisement

Mr. Torrisi said Wednesday that they plan to evoke the original Torrisi Italian Specialties. “You can expect a deli and restaurant, highlighting our approach to cuisine,” he said. He also said there is enough space for them to expand their fund-raising effort, Major Good, a series of dinners and other events to benefit Robin Hood, which they have been running from the original Torrisi location.

Of Major Food Group’s more than 20 restaurants in several cities, the only New York locations that are open and have been during the pandemic are Carbone, Sadelle’s and two of the Parms. The restaurateurs have another new place in the works, a version of ZZ’s Clam Bar, the tiny spot in Greenwich Village, which is to open in Miami’s Design District.

As for Chefs Club, Stephane De Baets, an owner, said he had to close because of the pandemic, notably because the company was foreign-owned and did not qualify for government support. He said pandemic restrictions made it impossible to maintain the restaurant’s approach — bringing in chefs from elsewhere and having them interact with customers. Chefs Club in Aspen, Colo., remains open, and Mr. De Baets said he has other projects pending.

Mr. Torrisi said he and his partners were happy to be returning to NoLIta and to be part of what they see as a resurgence of restaurant activity in the city. “Our hope is to create a vibrant space and an anchor for the neighborhood,” he said.