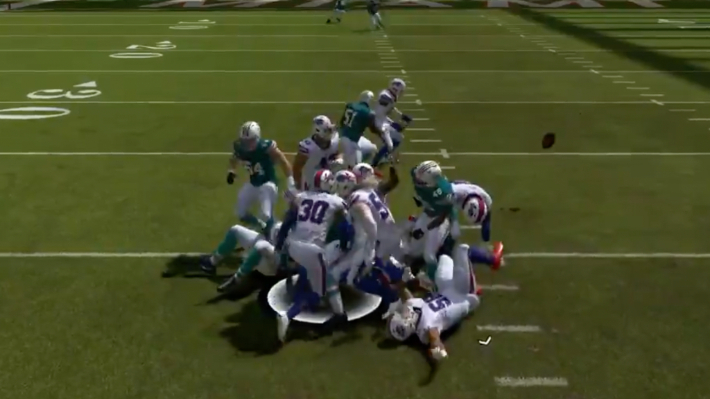 Madden NFL 23 dropped earlier this month, giving NFL fans who like video games the opportunity to pick up the latest version of the game. More than just a game that features updated rosters and uniforms, the newest Madden game features a new gameplay system called FieldSENSE that does make this year’s edition feel a bit different in a very good way.

Having said that, this is still a Madden game, which means that the days following the release of the newest game means that a bunch of silly videos of glitches that gamers run into while they’re just trying to do a standard football thing. We might have gotten the best of the bunch for this year’s version of the game thanks to this clip. Just watch it, enjoy it, maybe crack open a drink before you dive in and really savor it.

From what I can gather, the plan here was for a fake punt on fourth-and-2 on the opponent’s side of the field, only instead of a fake punt, the game decided that it would be better for the snap to not be corralled, the ball to float like a plastic bag in the wind, and for the two teams to get locked up in a rugby scrum with one another. This might be a hot take but I do not think this would ever happen in a real NFL game.