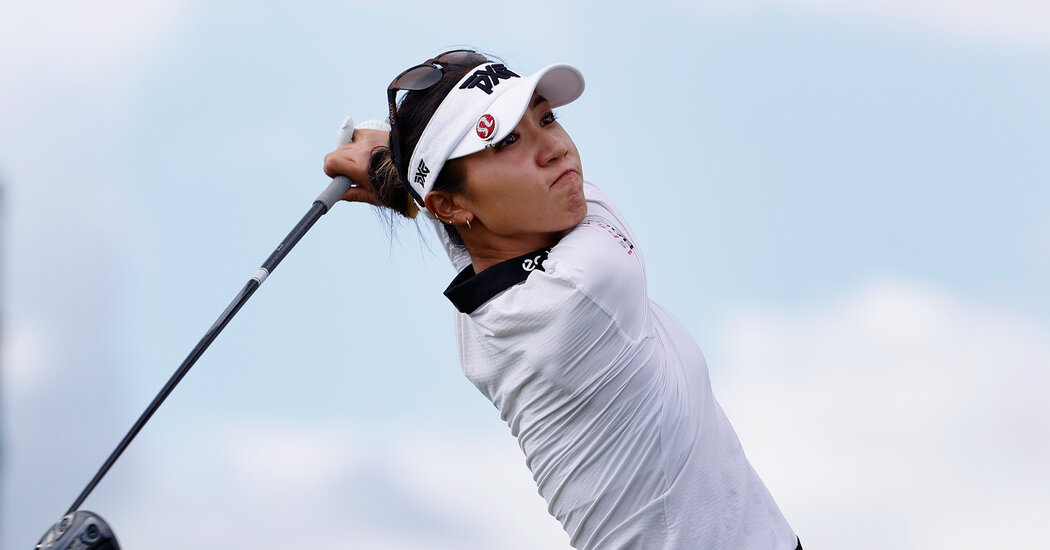 LOS ANGELES — Lydia Ko of New Zealand was strolling the beach at Santa Monica on Sunday when she said she was bitten by a sea gull that swooped in and stole the sandwich in her hand. All Ko could do was laugh. Her return to the top 10 in the women’s world golf rankings after more than three years of absence has much to do with her making peace with her ability to control only so much when she is in the sand.

Or on the fairway.

The day before, Ko, a former world No. 1, had ended a three-year title drought at the Lotte Championship in Hawaii, cruising to a seven-stroke victory fueled by her belief that the outcome was largely out of her hands.

For Ko, who at 17 became the youngest player, male or female, to reach No. 1 and had 14 L.P.G.A. wins before she turned 20, the expectations had become a burden that she could no longer comfortably shoulder. So she recently decided to release them to the winds of fate, telling herself “the winner’s already chosen.”

The mantra has freed her to play the best golf she’s capable of instead of expending all her physical and psychic energies on manufacturing success. The results have made her 2021 feel like 2015. Going into this week’s L.A. Open, the seventh-ranked Ko is 38 under par in her past five competitive rounds and has 16 subpar scores in 20 competitive rounds this year. She had one bogey and 39 birdies in her last 100 holes before Wednesday, when her hot hand went cold in a round where she shot a seven-over-par 78 at Wilshire Country Club. Ko was 14 shots off the pace set by Jessica Korda, who was in her group.

“It takes a little pressure off to think that what’s meant to be is going to happen,” Ko said Tuesday. “At the end of the day, you don’t control your outcome even though you would like to.”

Ko, who turns 24 on Saturday, never went away, and yet her presence on the first page of leaderboards this year has the feel of a much beloved show returning after an interminable hiatus. After her Pro-Am on Tuesday, Ko was stopped by every player or caddie she passed as made the serpentine walk through a narrow tunnel and up a hill from the ninth hole to the practice putting green.

Everybody had congratulations and kind words for Ko, who has been one of the more popular players on the tour since she burst onto the golf scene like a blast of puppy’s breath.

In 2012, as a 15-year-old amateur, Ko became the youngest winner of an L.P.G.A. event, topping a field at the Canadian Women’s Open that included 48 of the top 50 of the year’s leading money winners. She won the event again before turning pro at 16. The L.P.G.A. waived its 18-year-old minimum age restriction to grant her membership and Ko continued her rocket ascent. She won her first event as a professional, won Rookie of the Year honors, and won and won and won.

She was so consistent, she made the cut in her first 53 L.P.G.A. events. She was in such command of her game, she had won two majors and an Olympic silver medal before her 20th birthday.

But then the unimaginable happened: Ko stopped winning. Not only did the victories dry up, but Ko struggled to advance to the weekend. In the 12 months before the coronavirus pandemic shut down the tour, Ko missed four cuts, including one by seven strokes at the Evian Championship, one of the five women’s golf majors. Ko’s struggles called to mind something JoAnne Carner, a member of the World Golf Hall of Fame, said in 2012 after watching Ko equal her 1969 feat of winning an L.P.G.A. event as an amateur.

“They tack a ‘professional’ after your name and all of the sudden you feel like you’re supposed to know everything,” Carner told The Times then. “There’s a lot more pressure and you try so hard and you put so much pressure on yourself.”

Ko’s swing went south, but her smile never did, though at times both seemed equally mechanical. During her slump, Ko cycled through a series of swing coaches. One, David Leadbetter, who was fired at the end of 2016, was vocal in his belief that Ko’s biggest impediment to success was her overreliance on her parents. He told anyone who asked that she needed to take control of her career if she wanted to turn around her results.

Last year, at the start of the pandemic, Ko made a pivotal phone call to Sean Foley, an instructor based in Orlando, Fla., where she lives, whose clients have included Tiger Woods.

“I just felt like my swing was improving but I could do a little better,” said Ko, who began working with Foley during the months when the tour was shut down but the courses in Orlando remained accessible.

Foley’s interest in his clients extends beyond the swing plane, and his whole-person philosophy clicked with Ko. More than any adjustment he has made to her swing, Foley has helped Ko sync her mind and her body.

He reminded her that she can control only her effort, not the outcome. In the second event after the tour resumed last summer, Ko held a five-stroke lead with six holes to play. She took a one-stroke lead over a charging Danielle Kang into the final hole, a par-5, and made bogey to finish second. Just a bad day at the office, Foley told her. No big deal.

Entering the final round in Hawaii with a one-stroke lead over Nelly Korda, whom she had finished second behind at the Gainbridge LPGA in February, she retrieved one final text from Foley before she teed off. It read: Trust and conviction.

She wrote the words on her yardage book, then went out and played that way, closing with a 65 to clinch her first victory in 1,084 days.

“I think that settled some of the doubts I had in myself,” Ko said Tuesday, adding, “I felt pretty calm playing. That’s where I feel like it should be. Like just because I shoot a 68 or 78, that shouldn’t dictate my mood and the way I am around the golf course.”

Ko considered the win as much a validation of her parents, and their approach, as of her and her game. “For them to get criticism I thought was unfair because they’re just doing everything they can to wish me to be happier,” she said.

Foley’s work with Ko is focused on finding that happiness, win or lose. For all her precocity — perhaps because of it — Ko had skipped over that lesson. She had to learn it the hard way.