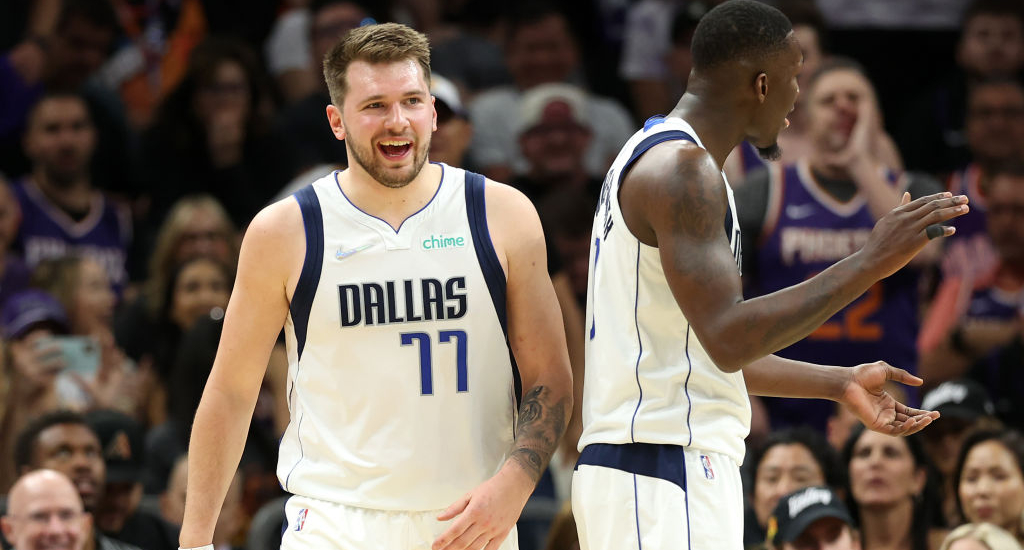 Game 7 of the Western Conference semifinals between the Dallas Mavericks and Phoenix Suns was unlike anything I have ever seen. The Suns, who posted (by far) the best record in the NBA this season, got run out of their own building by the Mavs in a game that was not in doubt by the time the halftime buzzer sounded.

At the half, Phoenix had scored 27 points, their lowest total of the season by far, which it should be said, is not a good thing to have happen in Game 7 of a playoff series. Making matters worse was that the Mavs were not having the same shooting struggles as Phoenix, led by Luka Doncic who scored 27 points in the half, tying the Suns all by his lonesome, in a truly incredible performance that saw him toy with the Suns inside and out, proving to be too strong in the paint and too talented on the perimeter for Phoenix’s defense.

Aiding Doncic was Spencer Dinwiddie, who came to life with four three-pointers in the first half, pouring in shot after shot from beyond the arc to put the Suns in a deeper and deeper deficit, until the lead was 30 at the half — which it should be noted — is a lot.

Illustrating the Suns issues was the fact that Devin Booker and Chris Paul did not have a made field goal in the first half, which is not how you’d draw it up, and any hope for a second half turnaround was quickly thwarted as the Mavs came out with the first punch once again, with Luka continuing to pour it on as he was doing horrific things to the Suns defense.

There was never a run for the Suns or even a sign of life, as they simply got their doors blown off in as embarrassing a fashion as one could imagine, with the game ultimately finishing with a 123-90 final score that wasn’t really that close. Paul and Booker combined for 21 points on 7-of-22 shooting with four turnovers. Deandre Ayton had five points and four rebounds in 17 minutes. Cam Johnson was the high scorer with 12, as they simply had nothing for the Dallas defense that was nothing short of sensational, insistent on taking Booker away and putting all of the pressure on Paul and the others, who looked worn down and lacked any spark. The only person that had as rough a night as the Suns was Lil Wayne, who sat courtside as his “Luka a ho” tweet from earlier in the series trended on Twitter as everyone dunked on it

Advertisement
while he watched his chosen Suns get run out of the building.

For Dallas, it was as impressive a performance as you’ll see, as their intensity and ball-pressure on defense set the tone from the jump and forced Phoenix into difficult shots and turnovers, making one of the league’s best offensive teams look completely out of sorts for the biggest game of the season. Doncic finished with 35 points, 10 rebounds, and four assists, while Dinwiddie added 30 points off the bench and Jalen Brunson was terrific with 24 points, as the Dallas offense was firing on all cylinders from the opening tip.

Now, the Warriors await Dallas in the Western Conference Finals in what figures to be a thrilling matchup between two teams that spread the floor and have stars capable of piling up buckets in bunches. The Suns, meanwhile, enter an offseason that will force them to look inward and see where they need to improve if they’re going to rebound in 2022-23.