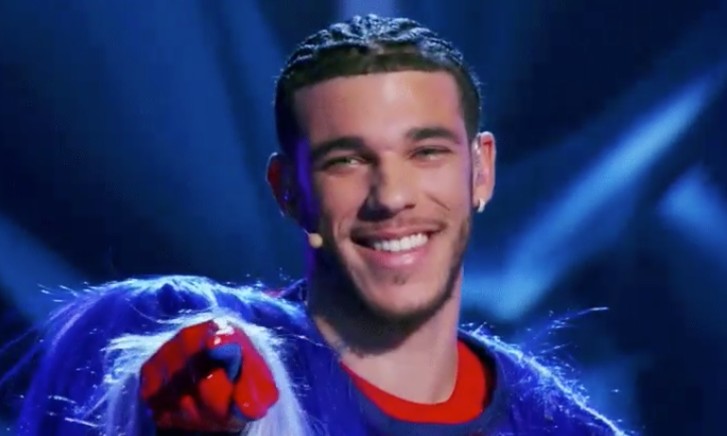 After many months of anticipation and uncertainty, the 2020 NBA Draft kicked off on Wednesday night with a virtual format, and as always, it was a good opportunity to learn more about the talented young men who will comprise the incoming class and their long and often arduous and emotional journeys to achieve their basketball dreams.

It was a big night for the Ball family in particular, as LaMelo Ball was selected with the No. 3 overall pick by the Charlotte Hornets, making him the second Ball brother, behind his older brother Lonzo, to be taken as a top five lottery pick in the last four years. And not to be out-shined, Lonzo had a little something up his sleeve for his brother’s big night.

On Wednesday night’s episode of The Masked Singer, #WhatchamacallitMask took the stage to do a version of Terror Squad’s “Lean Back,” with some lyrical edits that dropped a few hints about who might be behind the mask, before it was revealed to be Lonzo.

If you didn’t dance to #WhatchamacallitMask‘s performance, what are you even doing? #TheMaskedSinger pic.twitter.com/mmUs2XAvJJ

Our own mock draft had LaMelo going No. 1 overall to Minnesota, but he’ll make a good addition in Charlotte. Of course, there’s the added layer of father LaVar’s many outlandish boasts about his basketball abilities and his son now playing for the team owned by Michael Jordan, the world’s most maniacal competitor and nurturer of petty slights. Regardless, the Ball family legacy continues to grown, both on court and in prime time.