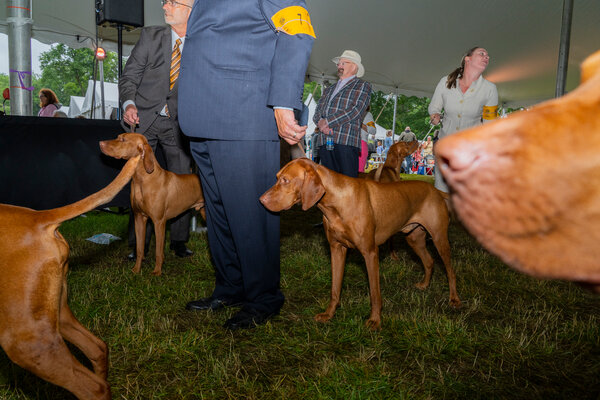 More than 200 breeds are eligible for Westminster, and every year that number increases a little more.

For the 2022 competition, two dogs have been formally recognized by the American Kennel Club, officially joining the mix: the mudi and the Russian toy.

The mudi is a new entry in the herding group. Originally bred in Hungary, the mudi has a three-inch wavy-to-curly coat and was used to herd “the most stubborn livestock,” according to the kennel club. It also rooted out wild boar. On Monday, Luminary Alchemist became the first mudi to win at Westminster.

The tiny Russian toy was favored by the Russian aristocracy. Things didn’t turn out so well for them, but the toy has thankfully done better and has joined the Westminster field. Described by the kennel club as “active, cheerful, possessing keen intelligence, slightly aloof to strangers,” the breed has large eyes and high-set ears. Snou Mirekl Din Din won the first Russian toy competition at Westminster on Monday.

Neither the mudi nor the Russian toy advanced out the group stage on Tuesday, so fans tuning in to tonight’s television coverage will not get to see the newest official breeds.