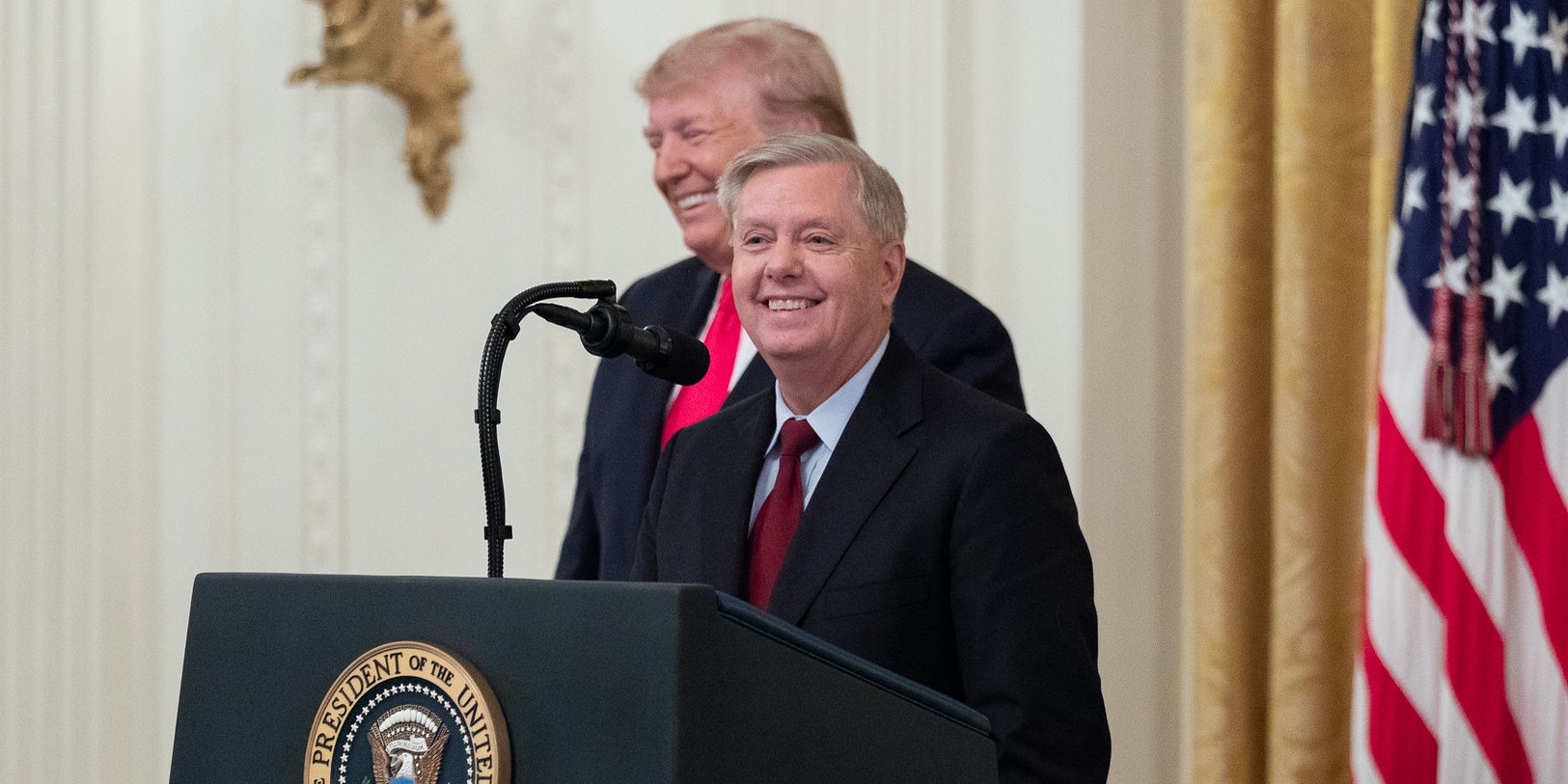 Sen. Lindsey Graham (R-S.C.) introduced a bill on Tuesday that would repeal Section 230 of the Communications Decency Act, an important internet law, in two years unless Congress acts on it.

The bill is unlikely to become law. However, it is yet another example of Section 230 becoming a political football in Washington, D.C.

Section 230 shields websites from being held liable for what is posted on them by third parties. It has been hailed as “one of the most valuable tools for protecting freedom of expression and innovation on the internet” and tech experts and advocates have warned that changes, or a repeal, of the law would have wide-reaching ramifications online.

Despite this, the law has become a target for lawmakers—including Graham—on both sides of the aisle. There have been numerous bills introduced in Congress that seek to change the law, but Graham’s might be the first that calls for an outright repeal of Section 230.

President Donald Trump has repeatedly called for a repeal of the law and has become fixated on it as his term nears an end. The president pushed for a nominee to the Federal Communications Commission (FCC) who has been criticized for his connections to a Trump executive order that targets the law. Trump has even insisted on a repeal of it in a defense spending bill. Meanwhile, President-elect Joe Biden has also raised concerns about it.

Graham’s bill, which Bloomberg Government linked to, would take effect on Jan. 1, 2023. He hinted at introducing the bill during an appearance on Hannity on Monday.

“It’s time we put the Section 230 protections these companies enjoy on the clock,” Graham said in a statement.

In the statement, Graham said that his legislation would repeal Section 230 “unless Congress acts sooner.”

During a hearing before the Senate Judiciary Committee in November, Graham made his intentions known by saying he thought Section 230 “needed to be changed” and that the law “as it exists today has got to give.” He also joined two other Republicans in September in introducing a bill that would modify Section 230.

While much of the focus on changing the law has been on large tech giants, any changes to it would also affect smaller websites—or just about any website that has user interaction.

While Trump has tried to use a repeal of the law as a way to highlight supposed bias against conservatives, experts have noted that a repeal of the law could actually have the opposite effect and could lead to more moderation of content that could leave companies vulnerable to lawsuits.