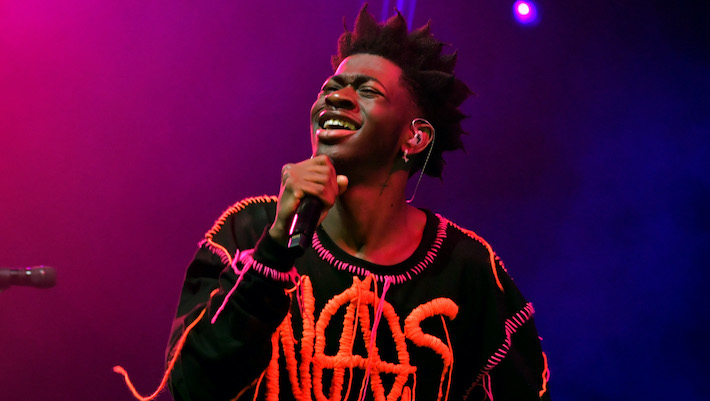 Prior to this past week, it’d been a while since he heard some new music from Lil Nas X. As fans were waiting, the singer made sure to keep them updated on what the future held with new releases from the Georgia native. Finally, the wait ended as the singer made his return with “Holiday,” his first single in well over a year. Fresh off the new single, Lil Nas X brings his talents to Roblox for a livestream concert experience.

The gaming platform labeled the show as “a groundbreaking concert experience” with some of his most popular records, limited edition items, and more. The concert found a digitally rendered Lil Nas X taking the stage in the gaming world as his fans watch from nearby. His performance also marks the first time the singer performed his new “Holiday” single since its release.

Shortly after his three concerts, two of which occurred on Saturday and the final one on Sunday, fans took to Twitter to share their reactions to the livestream.

One fan alluded to the concert’s high quality in a tweet that said, “‘you changed’ bro i went to the lil nas x roblox concert.” Another one said, “I met lil nas x at the roblox concert he stepped on my head.” Thanks to the success of the three shows, Lil Nas X announced that he would hold three more concerts for fans who missed out or wanted an additional opportunity to see the singer.

hey it’s me lil nas from roblox. the concert got so much love that roblox and i decided to add 3 MORE! ONE TONIGHT 10PM PST! ONE TOMORROW 9AM PST & ANOTHA ONE TOMORROW at 1PM PST! BE THERE!

To join in on the fun with Lil Nas X, click here.