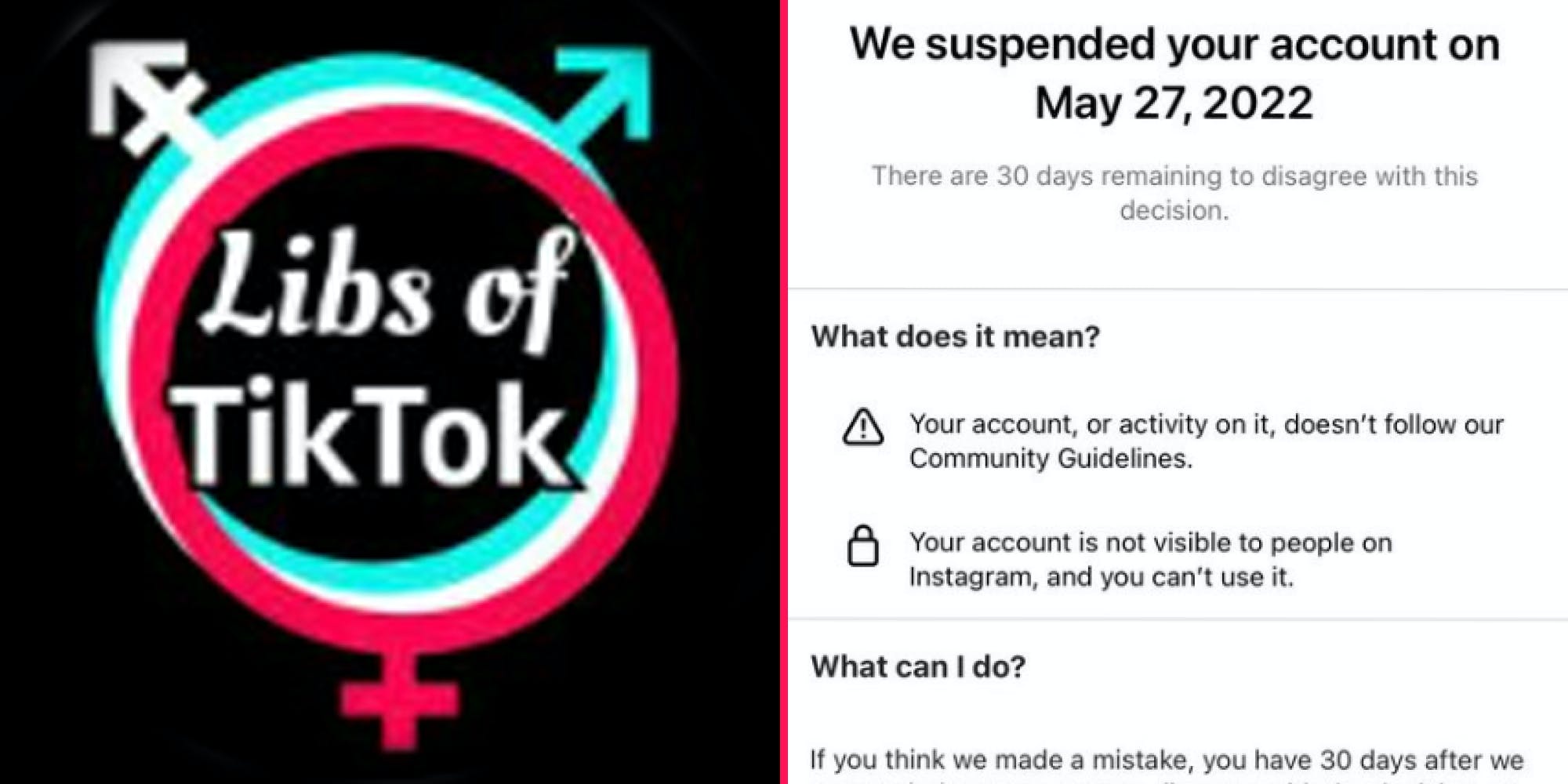 Libs of TikTok said they were just kicked off Instagram.

The Libs of TikTok Instagram page shows a message that reads “Sorry, this page isn’t available” noting it could be removed or broken.

According to the site archive.is, in late April, the last time the page was archived, Libs of TikTok had over 100,000 followers.

The account came under fire as it grew in size and influence. Its content reshared publicly posted TikToks highlighting what it saw as absurdity on gender and identity from left-wing posters. It also had a strong focus on school, flagging acts by teachers it found offensive and amplifying them to its huge audience.

The Daily Dot first reported on the identity of the account, which was followed up by a report by the Washington Post, which kicked off an online firestorm.

The news of Libs of TikTok’s ban sparked some outrage from its fan base.