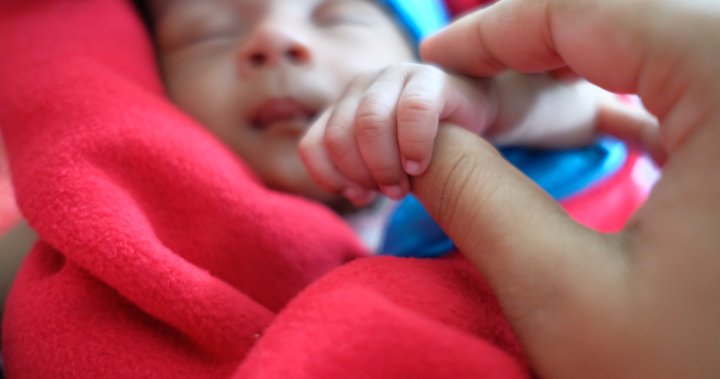 Liam once again topped the list as New Brunswick’s most popular baby name in 2021, for the second year in a row.

“Since 2015, 379 children have been named Liam, making it the most popular baby name in the province over the past seven years,” the province said in a release.

The province said preliminary results from the Vital Statistics Office at Service New Brunswick indicate that 5,560 births were registered in the province between Jan. 1 and Dec. 17.

Olivia, Jack most popular baby names in Nova Scotia for 2021

“Congratulations to all the families who welcomed new arrivals this past year,” said Service New Brunswick Minister Mary Wilson in the release. “I join all of you in celebration of this important milestone and wish you a happy and healthy life ahead.”

The release said there were 6,222 babies born in New Brunswick in 2020. The 10 most popular names that year were Liam, Olivia, Jack, Noah, Jackson, Amelia, Oliver, William, Lincoln and Charlotte.

4:16
Majority of Canadians optimistic about 2022 despite financial concerns: Ipsos poll