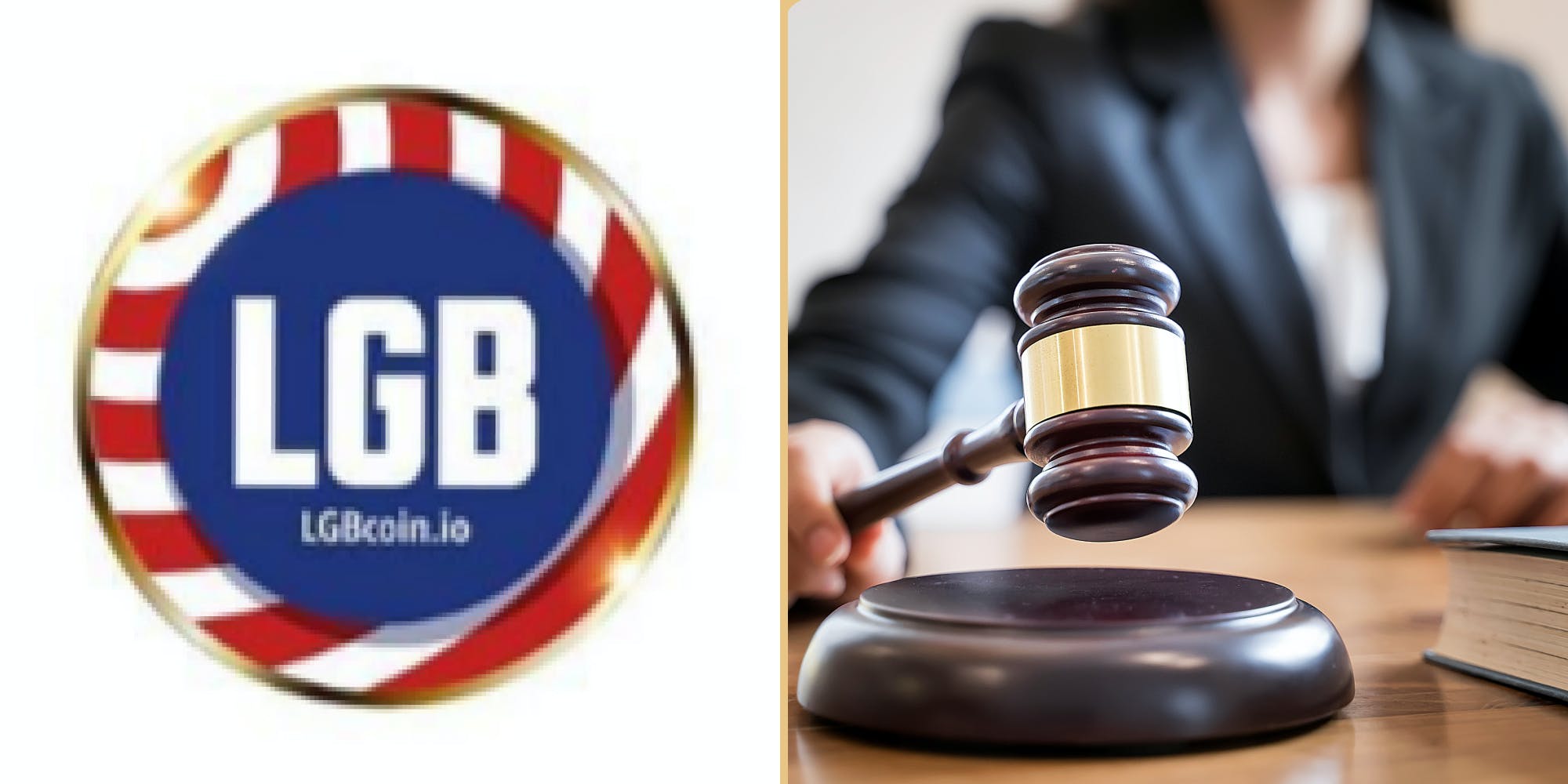 A class-action suit has been filed in Florida alleging the founders of the right-wing “Let’s Go Brandon” (LGB) cryptocurrency engaged in a pump-and-dump scheme.

According to the court filing, the plaintiff, Eric De Ford, is suing not only the company associated with the LGB coin, but also its promoters including political commentator Candace Owens, NASCAR driver Brandon Brown, and NASCAR itself. The suit alleges that the defendants “made false or misleading statements to investors” about the coin, “disguised their control over the Company and a significant percent of the LGB Tokens,” and said investors could make “significant returns from the LGB Tokens like other so-called ‘meme coin digital assets.’”

The “Let’s Go Brandon” slogan—originally meant as an insult to President Joe Biden—has origin ties to NASCAR. Brandon Brown was interviewed after his win in October when the crowd began chanting, “Fuck Joe Biden” which the interviewer mistook as, “Let’s go, Brandon!” The interview and slogan went viral, prompting the creation of the coin.

The lawsuit alleges that the LGB coin founders deliberately pushed the coin so they could artificially increase interest in the coin and sell their shares for a profit. As part of this, the company announced a sponsorship with Brandon Brown, the driver associated with the “Let’s Go Brandon” phrase, a partnership NASCAR later vetoed. NASCAR officials claim they vetoed the company’s proposal to sponsor Brown during their first meeting with the creators of the coin in November, but the suit alleges they did nothing to further distance themselves from the coin and let the sponsorship go on uncontested. The day after LGB announced the NASCAR sponsorship, the coins spiked 510%.

Despite the NASCAR sponsorship veto, the creators of the coin “continued to promote LGB Tokens to prop up the price of the LGB Tokens while NASCAR backed out of its Sponsorship approval,” according to the lawsuit.

The value of the coin began to drop in January, and on Jan. 27 the LGB Twitter account stated “Sometimes you just need to have faith and HODL,” which commonly means hold on for dear life in the cryptocurrency community.

The coin plummeted in value, but was later relaunched in February as LGB Tokens, which are still in existence.

The Daily Dot has reached out to the Let’s Go Brandon company for comment.

Read more about the far right