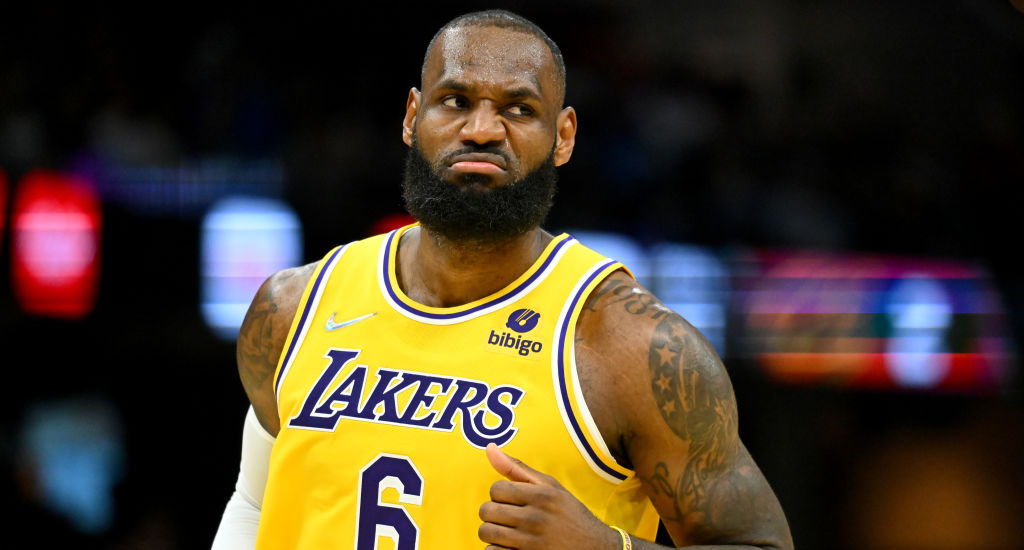 Let’s face it, everyone is listening to the new Kendrick Lamar album. The Compton rapper made the world wait five years after Damn., before he dropped the already monumental accomplishment that is Mr. Morale & The Big Steppers this past Friday. The album officially had the most first-day streams for any album in 2022 on Apple Music, and even your Mom knows a factoid about it that she probably texted you with a bunch of emojis. So it’s only fitting that the NBA’s favorite Dad, LeBron James, is bumping that new Kendrick as well.

And not only is LeBron fully locked in to Mr. Morale & The Big Steppers, but he posted a minute and a half video on his Instagram Stories of himself vibing the heck out to it. The first part of the multi-part clip sees LeBron dancing in his backyard to “Mirror,” the last song on the album. “@KendrickLamar VIBES!!! SO TOUGH [fire emojis],” he commented on the first clip. He dances with reckless abandon, rocking a durag and a Spring Hill Entertainment T-shirt (his media company). Then, the video just keeps going, and LeBron? Well, he just keeps dancing, this time to “Rich Spirit.” We see a very extra crown statue in the background and his dance moves just start to melt together into a fairly cringe-y and totally emo display.

Props to LeBron for being vulnerable and giving absolutely zero f*cks. But as they do, the haters have thoughts.

He in his backyard while Tatum, Butler, Giannis Booker, Luka & Curry are still in the playoffs though 😂😂

Say what you will, but at least he didn’t try to sing any of the lyrics.

Oilers and Flames in Battle of Alberta: Bedlam on the Ice, Torn Loyalties Off It