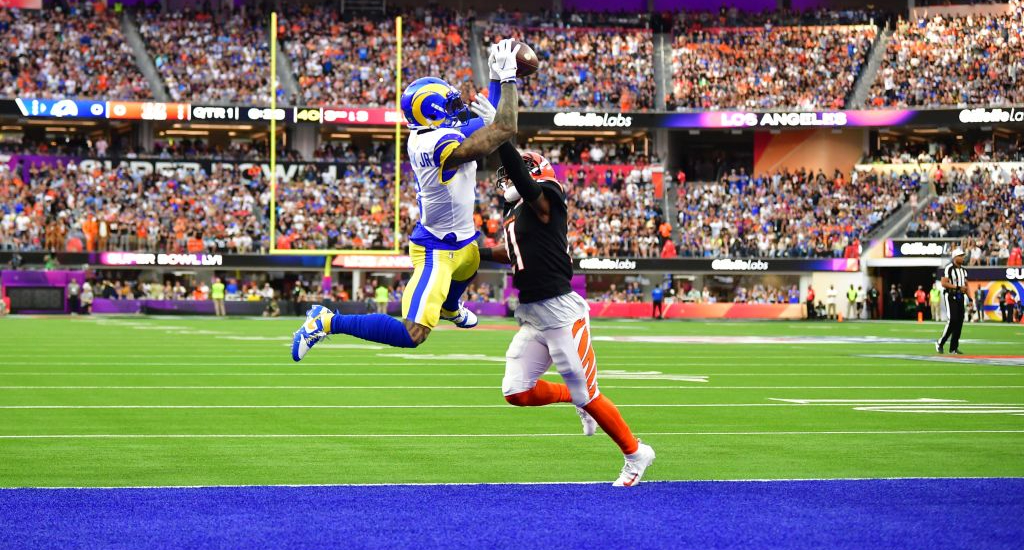 The Los Angeles Rams got on the board first in Super Bowl LVI. After the Rams and Cincinnati Bengals traded punts on their first drives of the game, Los Angeles went on a 50-yard drive over six plays that ended with Matthew Stafford dropping one directly into Odell Beckham Jr.’s arms. It’s Beckham’s first career Super Bowl reception, and it couldn’t have gone much better.

A moonwalk on the biggest stage.

It was quite the moment for Beckham, who has been through a whole heck of a lot this season. His tenure with the Cleveland Browns came to a very unceremonious end amid near-constant rumblings of an inability to get on the same page with starting quarterback Baker Mayfield, and after the team finally decided to cut ties with him, Beckham ended up in Los Angeles, where he’s been quite important on this run to the Super Bowl.

One pretty prominent Browns fan is at the game, and could not be happier for his team’s former wide out. Someone at the game noticed that LeBron James was sitting right behind them, and after Beckham scored, the Akron native celebrated and danced in his box at SoFi Stadium.

Either James is very happy for his friend or he had an OBJ first scorer prop bet. Our hunch is it’s the former.