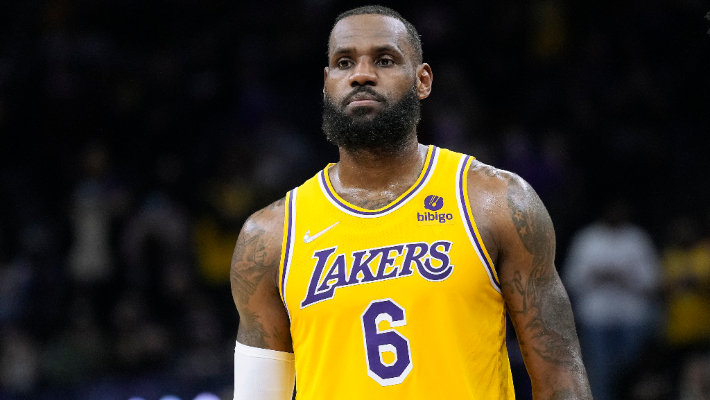 The Los Angeles Lakers reached a new low point on Saturday night in Denver, as they lost by 37 to the Nuggets to fall to 21-22, currently 7th in the West and in a play-in position.

It’s far from where L.A. planned on being at this point, and while Anthony Davis’ eventual return from a sprained knee will provide a boost, there’s not an awful lot of optimism among Lakers fans right now. For many, the focal point of L.A.’s struggles has been the Russell Westbrook trade, which was always a gamble on talent versus depth, and to this point it appears that has not paid off, with Westbrook struggling to impact winning in the way he has on teams in the past — particularly the Wizards late season run to the playoffs a year ago.

Westbrook’s struggles, coupled with struggles from much of the rest of the roster that was brought in to replace those that were traded out, have set the scene for some trade deadline anxiety, and with a few weeks before, famously optimistic franchise legend Magic Johnson ripped the team’s effort to apply further pressure. While Westbrook shrugged it off when asked about Johnson’s tweet, LeBron James seemed to see a need to issue a message direct to the fans on Sunday.

There are plenty of people reading into this as James hinting at changes coming to the roster before the deadline, as it is widely accepted that James has a not-so-insignificant amount of sway in personnel decisions. We’ll find out if that’s the case in the next month, but if nothing else, it’s been awhile since LeBron went to the motivational tweet move — the most famous, of course, being “fit in or fit out” directed at Kevin Love in his first season in Cleveland.

It remains to be seen what more James himself can do, as he’s been putting up monster numbers (28.9 points, 7.5 rebounds, 6.5 assists on 51.9/36.2/76.7 shooting) this season and all the Lakers have been able to do is tread water near .500. The onus will be on the rest of the roster to raise its level, or else the pressure for changes is only going to grow.