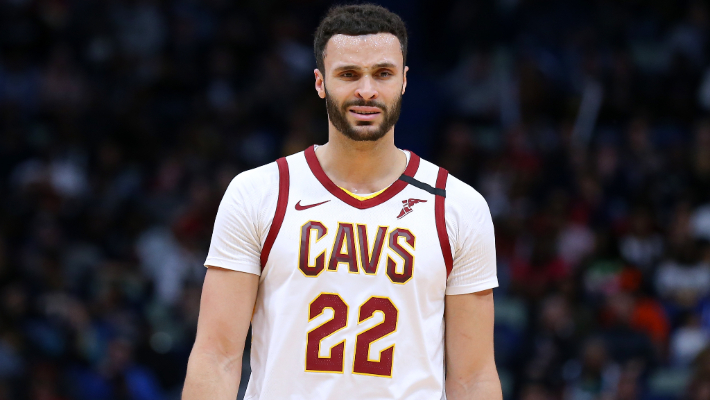 The Cleveland Cavaliers are among the teams expected to be sellers at the trade deadline, even if one of their tentpole players is apparently untouchable. According to a report by Chris Fedor of Cleveland.com, a number of teams with postseason aspirations have reached out about the availability of versatile forward Larry Nance Jr.

Having said that, they keep running into the same issue: Fedor reports that the Cavaliers have made it clear that they are absolutely not willing to move on from Nance, who helps the team on the floor in a big way and does a ton to support businesses in his hometown.

Nance would help a lot of teams and he’s on a multi-year bargain deal that makes it easy to come up with matching salaries. He’s the kind of versatile piece that contenders covet because of his defense, playmaking, shooting and impact on winning. According to sources, Nance is the player the Cavs have received the most calls about. Sources say the Minnesota Timberwolves have been aggressively pursuing him since the offseason. Nance’s old teammate and buddy D’Angelo Russell is a strong Nance advocate. Boston, Philadelphia, New Orleans, Miami and Dallas have also shown interest.

But the Cavs keep telling opposing teams that Nance, who is expected to be back in the lineup on March 12 following surgery on his fractured left hand, isn’t available. They recognize what he means to the city and organization.

It’s not hard to see why all of these teams that could use frontcourt reinforcements for a playoff run (save for the Timberwolves, which have someone who’s tight with him) could use a player like Nance. He’s put up really solid numbers this season — 9.3 points, 6.8 rebounds, 3.2 assists, and 1.9 steals in 33.4 minutes per game while connecting on 38.1 percent of his attempts from three — while also being willing to do most anything he’s asked to do on a given night. All of these things help Cleveland, too, which makes any hesitancy to move him understandable.