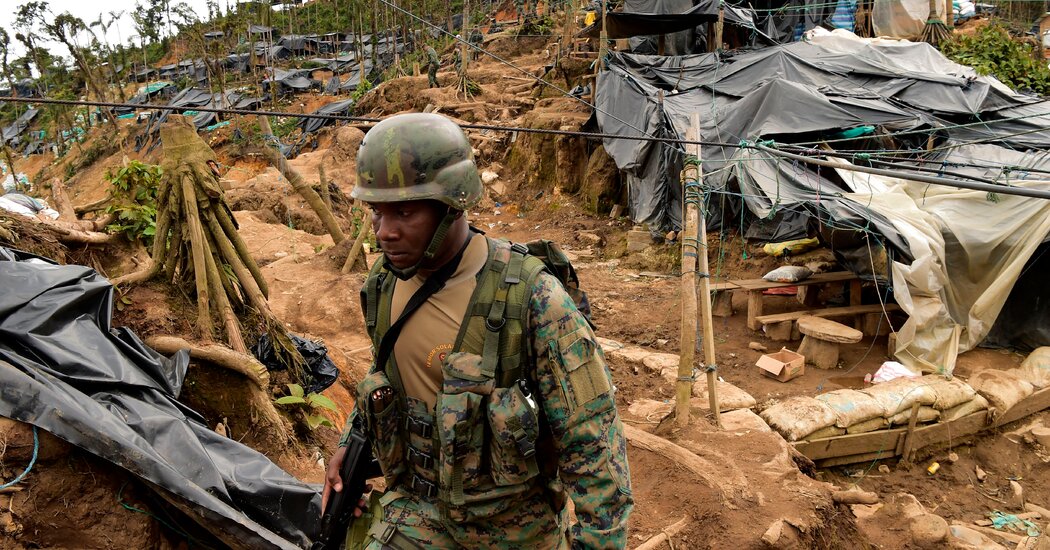 QUITO, Ecuador — A landslide killed at last five people on Wednesday and sent emergency workers on a frantic rescue mission in a remote part of northern Ecuador known for illegal gold mining.

The landslide was caused by illegal excavations, according to the country’s natural disasters and emergency response service, and occurred as Ecuador and neighboring nations like Colombia struggle to combat the illicit industry, which has surged with the rise of international gold prices.

The landslide occurred in Esmeraldas, not far from the border with Colombia. Esmeraldas is one of Ecuador’s poorest provinces, and it has been ravaged by illegal activity, including the trafficking of timber and narcotics.

On Wednesday evening, officials said that emergency workers had rescued three people, and that two others were still missing. The landslide occurred in a place where a large hole had been dug, officials said, presumably by a backhoe found at the site.

The deaths, including that of a minor, come as Ecuador tries to confront the issue.

Last year, a large-scale military and police initiative dismantled an illegal mining operation in the village of Buenos Aires, also near the Colombian border. The operation involved over 2,000 police and military officers and many state prosecutors. Just 1,800 people live in the town, according to official data, yet an estimated 3,000 to 5,000 people were working in the mine, according to a report by the Ministry of Government.