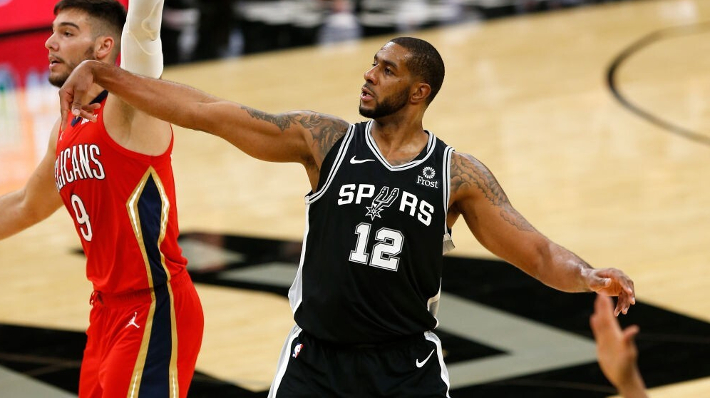 Before LaMarcus Aldridge joined the Spurs back in 2015, he was once considered one of the league’s best power forward. Aldridge had thrived over the course of nearly a decade with the Portland Trail Blazers, helping usher in a new era for the franchise and turning himself into a multi-time All-Star.

When he arrived in San Antonio, there was still some hope that he might be the successor to Tim Duncan, a player to pair alongside the budding superstar Kawhi Leonard and build a foundation for the future. But in the intervening years, the NBA progressively moved away from Aldridge’s throwback game.

Still, Gregg Popovich and company were able to tweak their space-and-pace schemes to feature Aldridge’s post game and maintain their run as a perpetual playoff threat. Now, it appears Aldridge’s time in San Antonio will soon come to an end, as the two sides are working on a plan to part ways, as announced by Popovich on Wednesday evening.

The organization is currently exploring several options to make the move happen before the trade deadline approaching later this month.

The Spurs will explore trades for LaMarcus Aldridge between now and the March 25 trade deadline and presumably move onto buyout discussions if no deal can be struck.

There’s a level of confidence that a trade partner will be found for Aldridge — perhaps even in the next week — and no movement toward a contract buyout, sources tell ESPN.

There are several interesting scenarios for Aldridge around the league, including Boston, Phoenix, or even a homecoming Portland, who has struggled with a depleted roster all season. But his $24 million contract makes trading him complicated. Still, the Spurs will spend the next week-plus seeking a trade that can at least net them something in return before turning to the last resort of buyout talks.