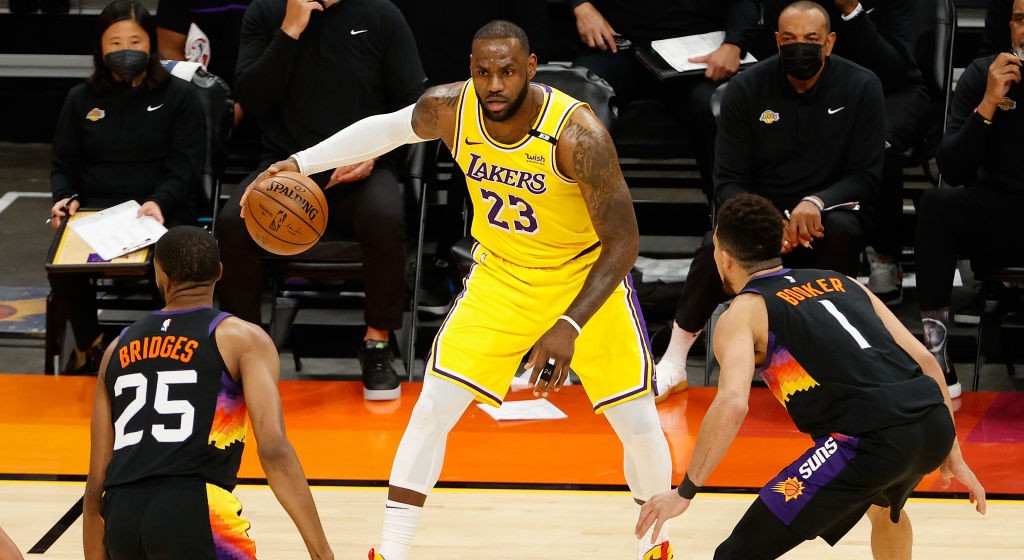 The first round matchup between the Phoenix Suns and the Los Angeles Lakers was highly anticipated in most circles of the NBA world. Through four games, the best-of-seven series has lived up to the hype, with the Suns and Lakers each winning two games, and Game 5 arrives on Tuesday in Phoenix.

Beyond the general buzz, however, is the fact that injuries have played a significant role. For Phoenix, Chris Paul is clearly limited by a shoulder issue, particularly with his trademark ball-handling and issues when attempting long-range shots. Paul is listed as probable for Game 5, and it will be interesting to see how he fares. For the Lakers, Anthony Davis and Kentavious Caldwell-Pope are both listed as questionable for Game 5, with all eyes on Davis. The All-NBA big man missed the second half of Game 4 with a groin issue, and the Lakers are simply not the same team when he is unavailable to play.

Phoenix was able to grind out a 100-92 win in Game 4, winning a low-scoring battle that was both glacial in pace and suboptimal in offensive efficiency. The Suns may lean on that formula again in Game 5, particularly if Davis is unable to play, but the Lakers do have LeBron James on their side. James is not scoring at his normal playoff level, averaging only 21.0 points per game in the series, and Los Angeles will need his best effort on the road in order to avoid a potentially pivotal defeat.

From a betting standpoint, Game 4 went Under the total of 110 points and Phoenix covered the closing point spread of 6.5 points as an underdog.