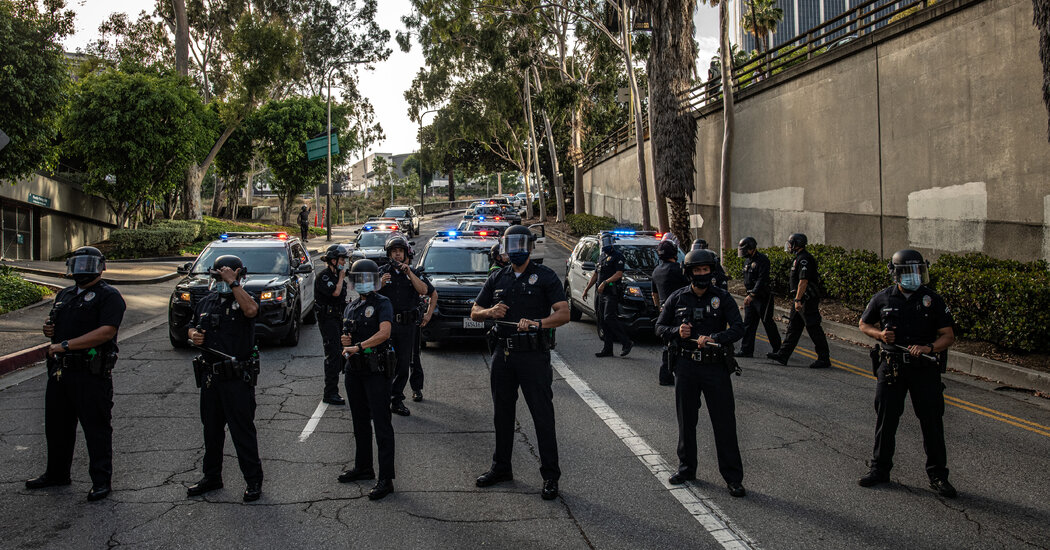 He said most members of the protests were peaceful, but that “there were some people there to create chaos and cause problems.”

Key to the New York Police Department’s failure was a lack of training among the police officers sent to patrol the marches, according to a report issued by the city’s Department of Investigation in December.

“The response really was a failure on many levels,” Margaret Garnett, the commissioner for the New York City Department of Investigation, said at the time.

Many officers were not trained in proper crowd control tactics and often engaged in “excessive enforcement” that inflamed tensions, the agency’s report said. That approach led to violent clashes between peaceful demonstrators and the police.

Enforcement during the height of New York City’s protests was overly aggressive and disproportionately impacted people of color, according to a separate report issued by Letitia James, the New York State attorney general. More than 2,000 people were arrested during the city’s first week of demonstrations, and of those arrests, Black and Latino protesters were more likely to be charged with a felony than white protesters, according to Ms. James’s report. Her office received more than 1,300 reports of police misconduct stemming from those first weeks of protest in New York City, she said.

Mr. Chaleff, who once served as the L.A.P.D.’s special assistant for constitutional policing under former Chief William J. Bratton, who later led the N.Y.P.D., noted that the report was primarily concerned with the L.A.P.D.’s institutional response, not with any particular incident of police misconduct, a sign that the police had “allowed less violence” than in the past.

“I think there’s been progress,” he said. “But you have to be prepared for what’s coming, and you have to have the elected and appointed leadership that understands what is required and creates a culture for the kinds of responses that are necessary.”