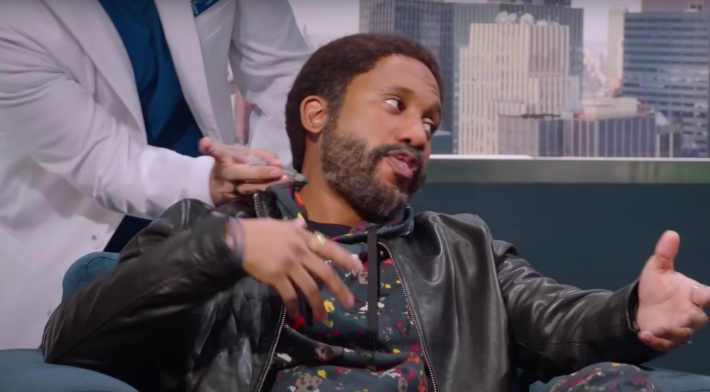 The Brooklyn Nets won’t have Kyrie Irving suiting up for the foreseeable future. Irving has refused to get vaccinated against COVID-19, and as a result, the All-Star guard is in violation of New York City’s vaccine mandate. He was given the all-clear to practice at the team’s facility and can play in road games, but the Nets decided they do not want a part-time player around and told him to stay at home until he can play in every game.

It’s a weird situation, and while the team is 1-1 to start the year after a loss to the Milwaukee Bucks and a thrilling comeback win over the Philadelphia 76ers, Brooklyn can only throw its collective hands in the air. Fortunately for them, the fine folks at Saturday Night Live are here to help. Irving’s vaccine resistance was on the receiving end of a joke on the show this week, as a sketch called “Mellen” — a male version of Ellen DeGeneres who is played by Jason Sudeikis and actively seeks to be the worst person in the world, apparently – had Irving, played by Chris Redd, on as a guest.

While discussing his refusal to get vaccinated, Mellen had a doctor come out and put a needle in Irving’s neck (which is not where you get the vaccine injected into your body, of course) with the COVID vaccine. We assume if Irving does get the vaccine, this is not how it will actually happen.

You can watch the full sketch above.